The Habsburg Jaw and the Genetics Behind Inbreeding 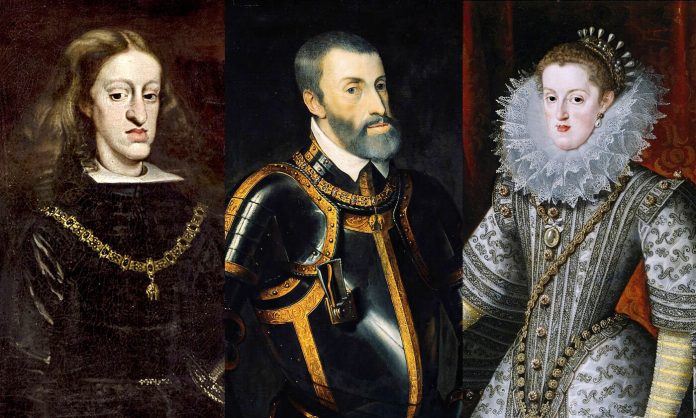 Who were the Habsburgs?

The Habsburgs dynasty also known as the House of Austria ruled in Europe for more than 650 years. They rose from modest beginning as dukes to become emperors of Austria and of the Holy Roman Empire. Some of the most well known Habsburgs include emperor Ferdinand I, Charles II of Spain, Empress Maria Therese and Marie Antoinette.

As with all other royal families of the time, the Habsburgs engaged in strategic marriages to consolidate power and to keep royal bloodlines pure. However, they are particularly renowned for being extremely selective and marrying only within the dynasty. For example, 9 of the 11 marriages recorded during their 184 rule of Spain took place between extremely close relatives.

This practice of inbreeding (marriages between close family members) did not come without a price. With each generation, their genetic line progressively weakened, ultimately ending the Habsburg rule when Charles II was unable to produce children.

What’s more Habsburg monarchs developed very distinct physical features including their sharply jutting jaws, large lower lips and long noses. The Habsburg jaw actually is caused by a medical condition doctors refer to as mandibular prognathism, where the lower jaw is much larger than the upper jaw making it difficult to fully close the mouth. According to historical records Charles II of Spain (who had the nickname “the hexed one”) had a lower jaw that was extremely pronounced making it difficult to eat and speak.

Linking the Habsburg jaw to inbreeding

While it was assumed that the extreme inbreeding was responsible for characteristic Habsburg features, until now no studies have actually linked inbreeding and facial deformities. This was that the researchers leading this study set out to do.

Assessing facial deformities
They recruited 10 maxillofacial surgeons who are specialists trained to treat conditions associated with the mouth, teeth, jaws and face to score 66 publically available portraits of members from the Habsburg monarchy for facial deformities. They looked at 11 features of mandibular prognathism (giving rise to the Habsburg jaw) and 7 features involved in the abnormal development of the upper jaw or maxillary deficiencies (giving rise to Habsburg nose and lip). Each feature was given 1 if present or a 0 if absent. So, a higher score would mean more pronounced facial deformities were present.

Defining relatedness
Next the researchers looked at the level of inbreeding within the Habsburg dynasty by looking at a large-scale family tree that included over 6,000 Habsburgs spanning 20 generations. They calculated what is called the inbreeding coefficient, which determines the genetic relatedness between people. Children of closely related parents will have a higher inbreeding coefficient.

For example, Charles II of Spain who was the product of an uncle-niece marriage had a high inbreeding coefficient of 0.25. This value was even more pronounced because Charles’ mother and father were also substantially inbred themselves.

Making the link
When the likelihood of facial deformities and the genetic relatedness were compared, researchers found that Habsburgs with higher deformity scores were also more likely to have high inbreeding coefficient.

This finding supported their initial hypothesis that the Habsburg features were the product of inbreeding. The strongest correlation was detected between the Habsburg jaw and inbreeding. However, the genetic cause(s) of this relationship remains to be uncovered.

When two people reproduce it generated genetic diversity. The idea is because we inherit two copies of each gene, one from the mother and one from the father, mixing these two different combinations of genes creates diversity.

In the case of disease causing genes that are recessive (needs to defective gene copies for the disease to manifest) inbreeding is particularly dangerous, because it leads to the unmasking of the disease. Hemophilia (known as the “royal disease”) is an example of a recessive disease that was passed on from Queen Victoria to royal families of multiple countries including Germany, Spain and Russia.

The researchers believe that the same is true for facial deformities in the Habsburgs, where they were passed on through recessive gene(s). The same researchers are interested in asking even more questions relating to inbreeding using the Habsburg dynasty as a test case because the extreme inbreeding in their dynasty makes them an extremely interesting sample looking at the impact loss of genetic diversity has on human existence.

References
Is the “Habsburg jaw” related to inbreeding?
The Role of Inbreeding in the Extinction of a European Royal Dynasty

Previous articleGenetic testing for diagnosing rare diseases: are we there yet?
Next articleY marks the spot: a genetic explanation to why you have more brothers than sisters (or vice versa)