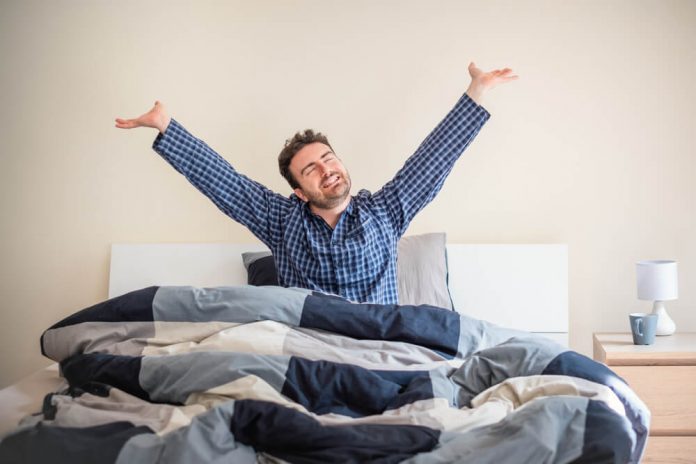 Researchers have uncovered multiple genes associated with needing less than 6 hours of sleep at night.

Sleep is universal. It is an important component of the overall well-being of a person. Sleep provides our bodies an opportunity to restore itself, by slowing down our metabolism and repairing injured tissue. Sleep is also key to retaining memories and for improving our cognitive performance.

But not all of us need the same amount of sleep to reap these benefits. According to sleep researchers at the University of California, San Francisco school of Medicine led by Ying-Hui Fu, natural short sleepers need less than 6 hours a sleep a day. These lucky individuals therefore have 18 hours a day to enjoy life and be productive.

The first ‘short sleep’ gene, DEC2, was uncovered in 2009. Fu’s team were studying the DNA from a family of short sleepers who needed less sleep than normal. The Dec2 protein controls the level of other proteins including orexin. Orexin has been shown to control wakefulness in people.

People who carry the DEC2 genetic variant only need 6.25 hours of sleep. Despite having very little sleep, these natural short sleepers wake up feeling rested and rejuvenated and show no signs of sleep deprivation.

Solidifying the case for genetics

Since their initial discovery, Fu’s team has gone on to uncover two additional short sleep genes, ADRB1 and NPSR1. Both gene influence neurotransmitters, chemical messengers used to transmit signal between neurons in the brain that influence sleep-awake cycles. Like their human counterparts, genetically engineered mice that carry the human ‘short sleep’ variants require less sleep and do not exhibit any negative health effects.

Additional follow up studies show that many of these natural short sleepers share certain personality traits such as having type A personalities, being incredibly outgoing, positive and optimistic. This may not come as a huge surprise, given that these natural short sleepers have extra time in a day to take up hobbies and try out new things, while their counterparts are still in bed getting their rest.

We know that the human body is designed in a way that it requires sufficient periods of rest for repair and rejuvenation. So how exactly are these natural short sleepers able to survive with so little sleep? This is the question Fu’s team is going after next. They hope their findings can help those with sleep disorders and uncovers ways to getting better sleep in general.

Are you a short sleeper?

It is estimated that 1/3 of the adult population in the US gets less than 7 hours of sleep at night. However, it is highly unlikely that all of them are natural short sleepers.

According to Fu, unlike many of us, “a natural short sleeper will sleep well and wake up refreshed, wide awake.” They continue to get very little sleep day after day without needing to catch up with sleep or display any negative consequences from lack of sleep.

Do you suspect you may be a natural short sleeper? You can find out today with our DNA Sleep Test.