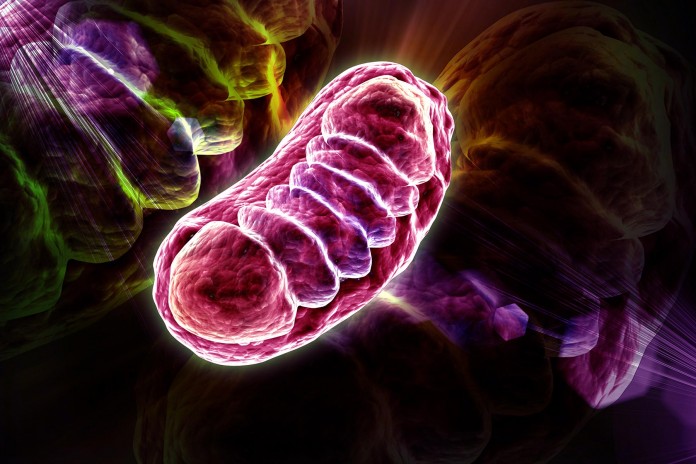 Do you look like your mother or your father? Perhaps, you look like both of them or maybe you don’t look like your parents at all. Regardless of appearances, all children are a genetic mixture of their parents, inheriting half of their DNA from the mother and half of their DNA from the father. Each of our parents made equal genetic contributions to making us, or did they? In comes mitochondrial DNA (mtDNA). All of our mitochondria, and the mtDNA inside them, were passed down to us only from our mother. The strict maternal inheritance pattern of mtDNA from mother to child means mtDNA can be used to trace our maternal ancestry all the way back over 100,000 years to “Mitochondrial Eve” or “Genetic Eve”.

Mitochondria are the powerhouses in the cells. They are structures found within the cytoplasm of cells and responsible for making energy. Mitochondria are thought to have once been free-living bacterium that were engulfed by large host cells. Then, over a period spanning millions of years, the cell and the bacteria eventually evolved together, so that neither the mitochondria nor the cells can survive without each other. This is known as the endosymbiotic theory, when two organisms evolve to become completely dependent on each other for survival. While it may be just a theory, several observations support this hypothesis. Mitochondria are the same size and shape as bacteria and they can divide and make copies of themselves independently from the host DNA. Just like bacterial DNA, mtDNA is circular, (looped so there are no ends), and has all the necessary components to read the DNA instructions to make proteins.

Building maternal family trees and tracing your roots back to “Mitochondrial Eve” involves the analysis of genetic variation occurring in mtDNA. This genetic variation is usually just a small change, such as the insertion, deletion or substitution of a single nucleotide (one of the building blocks of DNA). These variations occur naturally over time but at a slow rate so they are useful for tracing deep ancestry. Mitochondria are passed down from mother to child along the direct maternal line. This means the analysis of variation found in mtDNA allows us to trace our matrilineal ancestry over thousands of years, making a global family tree with “Mitochondrial Eve” located at the root. The major branches of this tree are called mtDNA haplogroups, which can be thought of as ancient family groups that existed years ago. These major branches are further divided into what are known as subclades. Both haplogroups and subclades are determined using mtDNA profiles.

Mitochondrial DNA testing involves the detection of variation in the three different regions of the mtDNA – the coding region, (which contains the genes necessary for protein production) and two small non-coding hypervariable regions (HVR1 and HVR1). There are three genetic testing options for mtDNA sequencing – just the analysis of HVR1, the analysis of both HVR1 and HVR2, or the analysis of the complete mitochondrial genome (HVR1 + HVR2 + coding region). Testing just the HVR1 and HVR2 regions will provide information about the most likely haplogroup that an individual is from. As more regions are tested, more information is generated, providing increased resolution about where in the mtDNA family tree your family belongs. Confirmation of haplogroup and the determination of subclade generally requires the analysis of the full mitochondrial genome.

The mtDNA family tree is still growing and changing as more information about mtDNA becomes available. As scientists race against time to research the mtDNA variation found in indigenous populations around the world, along with DNA sequencing becoming more affordable, a complete mtDNA family tree that shows the maternal origins of all modern humans may not be too far off in the future.