Identifying a plane crash victim from an arm alone 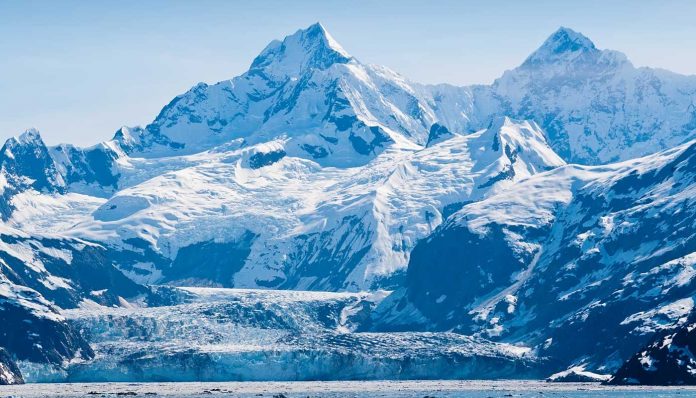 On March 12th, 1948, a charter flight crashed in the Wrangell Mountains of Alaska. The plane carried six crew members and 24 seamen returning home after a mission on an oil tanker. The day after the crash, officials flew over the crash site and observed the wreckage, but a rescue and recovery mission was impossible due the inaccessibility of the crash site. In 1997, the wreckage was rediscovered and two years late, a frozen human left forearm and hand were recovered. X-rays and fingerprint images of the arm were taken but identification wasn’t possible, so the remains were embalmed.

Advances in Fingerprint and DNA Technologies

Recent improvements in both fingerprint identification technologies and DNA extraction and analysis allowed researchers to positively identify the remains. The embalming process in 1999 preserved the tissues allowing for fingerprint reconstruction and identification to take place. The individuals on board the plane were mariners, and hence fingerprint cards were available as reference material. This enabled researchers to compare moulds from the rehydrated fingertips of the mummified hand to each of the reference cards and the hand was tentatively identified as belonging to mariner Francis Joseph van Zandt.

The aggressive embalming procedure used in 1999 is very destructive to DNA, so although it preserved the fingerprints, it hindered the DNA extraction and analysis process. Luckily, with greatly improved technologies, the researchers were still able to sequence the hypervariable regions of the mitochondrial genome and analyze 13 Y-DNA STR markers.

Genetic analyses of the arm

Two different genetic analyses were conducted to confirm that the arm belonged to Francis Joseph van Zandt. First, both hypervariable regions of the mitochondrial genome were sequenced. Mitochondrial DNA (mtDNA) is passed down from mother to child along the direct maternal lineage. The sequence obtained from the arm matched to a maternal relative of van Zandt and differed significantly from reference samples for passengers and crew members.

Secondly, a partial Y-DNA profile was determined. Y-DNA is passed down from father to son along the direct paternal lineage. The Y-DNA profile obtained from the arm matched to a paternal relative of van Zandt.

Three separate procedures were used to confirm that the arm bone belonged to Francis Joseph van Zandt. The fingerprints obtained from the rehydrated fingertips matched to the reference card for van Zandt, the mtDNA profile matched a maternal relative and the Y-DNA profile matched a paternal relative. This study illustrates the benefits of a multi-disciplinary approach for the identification of unknown remains.

Previous articleSearching for ‘Genetic Eve’ – Mitochondrial DNA and Ancient Maternal Ancestry
Next articleWas Günther Messner abandoned on Nanga Parbat by his own brother?