The Spread of DNA From “Niall of the Nine Hostages” 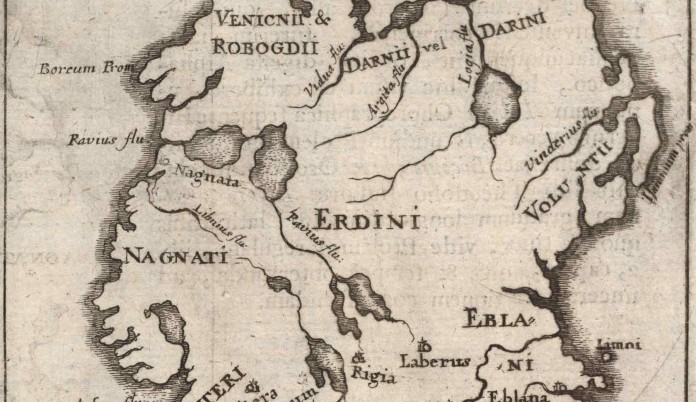 Niall Noigiallach aka “Niall of the Nine Hostages” was one of the greatest Irish kings. He ruled Ireland in the fifth century and was said to have consolidated his power by leading raids on the Roman Empire, taking hostages from rival royal families in Britain and the European mainland, thus earning the name Niall of the Nine Hostages. Saint Patrick was said to have been kidnapped and brought to Ireland as one of his hostages during his raids.

Niall was the founder of the dynasty Uí Néill “descendants of Niall”. Ui Neill was one of the most powerful dynasties of ancient Ireland, ruling Ireland until the 11th century. Niall reportedly had 12 sons, many of whom became powerful kings, especially in the northwest. In fact, all but two of the High Kings at Tara were descendants of Niall. According to tradition, Niall was said to have died outside of Ireland. Some sources indicating that he died at sea fighting Eorchaid mac Enna, the King of Leinster and others suggesting that he died fighting against the Picts in Scotland.

Did Niall of the Nine Hostages really exist?

There have always been doubts that Niall actually existed since he existed prior to written records. Sources for Niall’s existence as a historical king come from Lebor Gabala Erenn, Annals of the Four Masters, which chronicles legendary tales such as the Adventure of the Sons of Eochaid Mugmedon, and The Death of Niall of the Nine Hostages. But historians often speculated that Niall was just a mythological figure.

The genetic legacy left behind by Niall

Recent genetic evidence supports the ancient fables about Niall and suggests that he may be the forefather of approximately three million men in the world today. Y- DNA STR studies of Irish males identified a specific unique Y-DNA STR marker profile type in a large portion of Irish males, which peaked in frequency in the northwestern part of the island. This particular Y-DNA STR marker profile was strongly associated with surnames that are thought to descend from the Uí Néill lineage founded by Niall. The historical regions that were under Uí Néill power coincide closely with the location where the peak of the unique Y-DNA STR marker profile is found. Today, one in five males in Northern Ireland carries this unique Y-DNA STR marker type and is likely a descendant of Niall. Studies also show that outside of Ireland, approximately one in ten men in western and central Scotland also carry the gene, and 2% of European American New Yorkers carried it as well, likely due to the historically high rates of Irish emigration to North America.

Previous articleWas Jesse James Really Murdered by his own Gang?
Next articleFinding the Remains of Nicolaus Copernicus