Finding the Remains of Nicolaus Copernicus 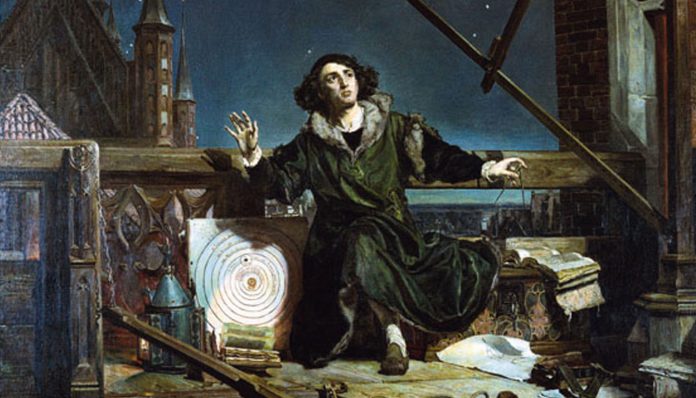 Nicolaus Copernicus was a renowned astronomer and mathematician from the Renaissance period. His publication, “De Revolutionibus Orbium Coelestium” (“On the Revolutions of the Celestial Spheres”) which placed the sun at the center of the universe (rather than the earth), was an important contribution to the scientific revolution.

Where was Copernicus buried?

Nicolaus Copernicus died at age 70 in 1543 and was buried in an unnamed tomb in the Frombork Cathedral. The Frombork Cathedral contains over 100 tombs, many of which are unnamed. Numerous attempts have been made over the past few centuries to find Copernicus’ grave with no success. Attempts were even made by Napoléon in 1807 to search for Copernicus’ grave. One theory was that the grave could be located near the St. Cross Altar because Copernicus was in charge of the altar while he was a priest at the cathedral. In 2005, several skeletons were discovered near the St. Cross Altar and one of the skeletons was speculated to belong to Copernicus based on facial reconstruction analysis.

Identifying the remains with genetic analyses

In order to conclusively confirm whether the remains belong to Copernicus, DNA testing was performed on the skeletal remains and compared to DNA from several hairs presumed to belong to Copernicus. These hairs were found in the astronomical reference book “Calendarium Romanum Magnum” that was used by Copernicus for many years.

Mitochondrial DNA (mtDNA) is often the DNA analysis of choice for ancient remains, due to its high copy number (hundreds per cell), rapid evolution rate and strict maternal inheritance. There are three regions of the mtDNA that can be analyzed – HVR1, HVR2 and the coding region. The complete HVR1 and HVR2 regions of mtDNA from the skeletal remains were sequenced and compared to the same regions sequenced from the hair sample. This analysis identified a rare mtDNA haplotype and there was a perfect match between the skeletal mtDNA and the hair mtDNA.

This analysis identified a perfect genetic match between samples obtained from Copernicus’ putative remains and from a strand of hair in one of his books. This mtDNA haplotype is rare in the current databases, providing further evidence that the samples are from the same individual. This perfect genetic match, together with the other anthropological and archaeological information allowed the scientists to conclude that the skeletal remains indeed belong to Nicolaus Copernicus, thus ending a centuries long search.