My Brother The Ape 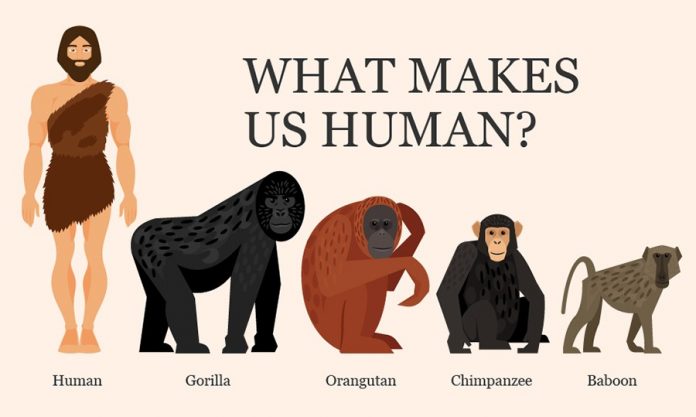 Scientists are one step closer to answering the age-old question of “What makes us human?” with new, high quality genomes of two great apes – an orangutan and a chimpanzee.

What makes us human? Here’s one evolutionary question we’ve been curious about for centuries. So far, scientists have chosen to tackle it by trying to uncover elements in our DNA that sets us apart from our ancestors, the great apes.

But, the quest hasn’t been an easy one.

For one, they’ve only managed to put together partial genomes (the complete set of DNA) for the great apes. These early drafts are missing many of the area of DNA that underwent rapid changes in structure. So, the quality and the completeness of existing ape genomes leaves much to be desired.

On top of that, when researchers built ape genomes, they had to rely on the human genome as a reference to ensure proper assembly. As you can imagine, these “humanized” versions of ape genomes severely limit the potential of comparison.

These are just a few of the problems the large team of researchers lead by Zev N. Kronenberg (at Howard Hughes Medical Institute) and Evan Eichler (at University of Washington) wanted to address.

Their solution was to build several great ape genomes from scratch, using a new DNA sequencing technology called SMRT offered by PacBio. SMRT technology allows the isolation of individual DNA molecules and the sequencing reaction is monitored in real-time. Using this method researchers were able to read longer than average pieces of DNA, which was perfect for building very large genomes, like that of the great apes.

The end result – they successfully put together the most complete genomes for great apes to date. This included genomes of two humans, one chimpanzee and one orangutan. The recent issue of Science report their findings.

What makes us human?

With these new, high quality genomes, scientist can now try to answer the question “What really makes us human?” They can look at structural difference the DNA between humans and apes, and at genetic variants that likely affect the function of genes, bringing us little more closer to defining exactly what makes us human.

Previous articleRe-convergence: The Ancient DNA Story of People of America
Next articleFinding “Nessie” With DNA