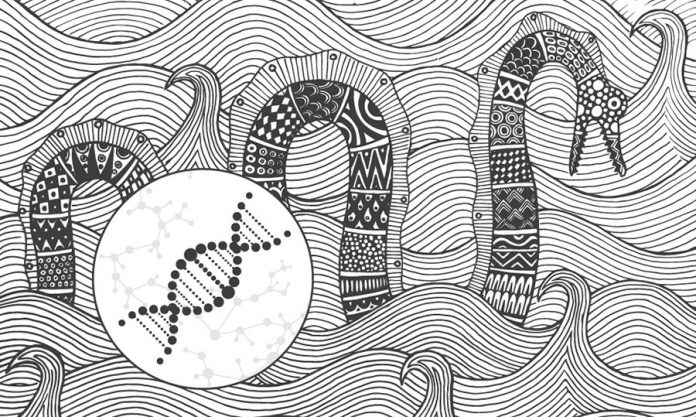 Will scientists find a “biological explanation” for the Loch Ness Monster by looking at DNA samples from the Scottish loch?

The Loch Ness Monster or “Nessie” first came into the spotlight when a photo surfaced in 1933. The photo turned out to be a hoax. But Nessie was already a famous “resident” of the large fresh water loch in Scotland.

For a century there have been many reported sightings of Nessie. There were 11 accepted sightings in 2017, the highest in this century. Is Nessie truly a mythical creature or is she real?

This is the question a geneticist from New Zealand Neil Gemmell and his international team of colleagues are hoping to answer with their latest DNA project1.

They plan to take samples from the loch over a two-week period. Extract the DNA from these samples, and send it to labs around the world in Australia, Denmark, France and New Zealand to be analyzed.

What they will be looking at is called environmental DNA or eDNA. Every time any living creature moves around they leave bits of themselves behind. This could be skin, scales, fur, feces, urine or just drool, all of which contains their DNA.

Under some conditions, like in glacial ice, this DNA can last for thousands of years. Or in places like the ocean they can last only up to weeks.

Scientists can now look at DNA from any of these environments. Then compare the results to existing databases, to get an idea of the identity of the creatures that left their DNA behind. In essence, it gives a snapshot of exactly what creatures inhabited a given area, in this case Loch Ness.

EDNA in the spotlight

Even though The Super Natural History Team won’t be announcing their findings until January 2019, their project has already brought much needed publicity to eDNA, which is a relatively new field.

If you think about it, it’s an extremely powerful technique. Researchers can pretty much sample an entire ecosystem in one experiment. It reduces the need for invasive sampling, and specimens don’t need to be taken to the lab for proper identification.

Several studies have already highlighted the usefulness of eDNA for doing population genetics in aquatic organisms2, biomonitoring of ecosystems3, and for surveying animal and plant communities4.

Will they find Nessie?

The 10-year scientific study by the Loch Ness Phenomena Investigation Bureau in the 1960s and 70s found no evidence of Nessie. While Gammell also believes it’s unlikely there’s monster, he wants to test this hypothesis with DNA.

Others on the team have initially been skeptical about joining the hunt for the Loch Ness monster. But they all agree this was an excellent opportunity to promote the amazing possibilities of environmental DNA.

Come January will the existence of Nessie finally come to light, or will she remain a cryptid, whose existence can’t entirely be proved or disapproved by science?