Identifying the “Unknown Child” Lost From the Titanic 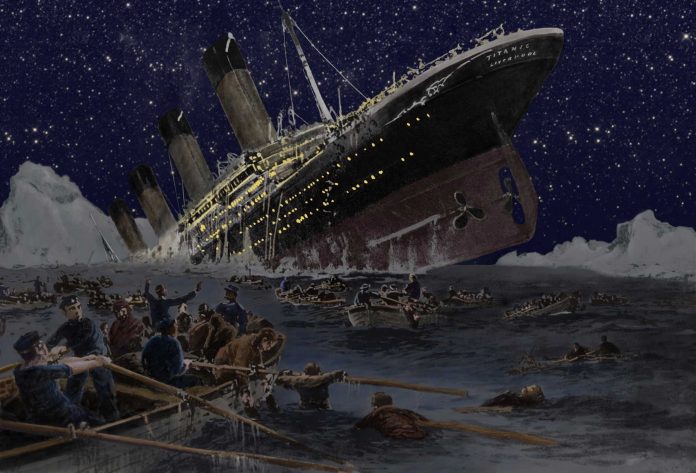 The sinking of the RMS Titanic is the most well known maritime disaster worldwide. On 10th April 1912, the Titanic left Southampton, England on her maiden voyage to New York City. Four days into the North Atlantic crossing, the ship hit a huge iceberg in the middle of the night, splitting open five of the sixteen watertight compartments. Less than three hours later, the Titanic split in half and sunk. The ship only had enough lifeboats for about half of the approximately 2200 people on board and many of these boats were launched only half-full. Around 1500 people died in the Titanic, either going down with the ship or quickly perishing in the freezing waters of the North Atlantic. Less than two hours after the sinking, the RMS Carpathia reached the 712 survivors and transported them on to New York.

Shortly after the disaster, four Canadian ships were sent out to recover bodies. The CS Mackay-Bennett was the first on the scene and found so many bodies that they quickly ran out of embalming supplies. They decided to preserve just the bodies of first class passengers, and many third class passengers and crew were buried at sea. Over the next month, 333 bodies were recovered. About two-thirds of these bodies were identified, and the rest were buried with simple numbers based on the order of which they were discovered.

Who is the “Unknown Child”?

One body that was unidentified was a young boy around two years of age. He was buried in the Fairview Lawn Cemetery, Halifax, with a headstone dedicated “to the memory of an unknown child”. For a long time, this body was believed to be Gösta Leonard Pålsson, a two-year-old Swedish boy. This assumption was made based on the estimated age, a hand-written note reading “Paulson child?” included in the description of the body, and witnesses recalling the boy being washed overboard before the Titanic sank.

In 1998, the Titanic Ancient DNA project began on behalf of three families, (including the Pålson family) that were hoping to formally identify their lost family members. Three bodies were exhumed but the acidic nature of the soil had completely dissolved two of the skeletons and only a “small fragment of poorly preserved bone” and three teeth were discovered in the grave of the “Unknown Child”.

The initial DNA analysis of the bone and teeth fragments focused on the HVR1 region of the mitochondrial DNA (mtDNA). MtDNA is a useful DNA type for the analysis of degraded remains, as it is present in a much higher amount than nuclear DNA. Both males and females inherit their mtDNA from their mother; hence it is useful for tracing maternally ancestry. The mtDNA profile from the bone fragment was compared to a maternal relative of Gösta Pålsson, clearly showing a different profile, and ruling out Gösta Pålsson as the identity of the “Unknown Child”.

The researchers then tracked down and collected DNA samples from maternal relatives of the other five young children lost on the Titanic. The expected mtDNA of two of the missing children matched the mtDNA profile from the bone and teeth fragments. These children were Sidney Leslie Goodwin (19 months of age) and Eino Viljam Panula (13 months). The researchers in this investigation then concluded that “Unknown Child” was Eino Panula, based on the early stage of dental development in the teeth remains.

Many people still questioned this identification, as the original genetic analyses were unable to rule out Sidney Goodwin as the possible identity of the “Unknown Child”. Furthermore, the shoes of the “Unknown Child” (kept in a museum with other Titanic artifacts) seemed to be too large for a 13-month-old boy (Eino Panula), and may have instead belonged to 19-month-old Sidney Goodwin.

Re-investigating the identity of the “Unknown Child”

The questions regarding the possible mistaken identity prompted researchers to analyze the mtDNA from the remains in more detail. The complete mtDNA sequences were obtained from all references for the six young children lost on the Titanic. The complete mtDNA sequence could not be obtained from the degraded bone and teeth fragments of the “Unknown Child”, but researchers were able to obtain select sequences from parts of both the HVR2 region and the coding region.

This later investigation identified three differences between the references for Eino Panula and Sidney Goodwin – two in the HVR2 region and one in the coding region. Only Sidney Goodwin’s references matched the sequence obtained from the skeletal remains, meaning that the remains are most likely those of Sidney Goodwin.

For 89 years, the “Unknown Child” was believed to be Gösta Pålson, a two-year-old Swedish boy. However, he was quickly ruled out following the first genetic analyses in 2001. Initially, the researchers determined that the remains belonged to Eino Panula, a 13 month-old Finnish boy, based on preliminary mtDNA analyses and dental age estimates. However, the most recent and complete research has illustrated the benefits of more thorough mtDNA sequencing and the “Unknown Child” has now been formally identified as Sidney Goodwin, a 19 month-old English boy.

The DNA tests conducted in this study have defined the mtDNA profiles of six young children lost on the Titanic. If you have taken the mtDNA HVR1 (Standard Maternal Ancestry) test, you can compare your mtDNA against these six profiles to see if you may have descended from one of the same maternal lineages.

Previous articleCompare Your DNA to an Ancient Saka Prince and Princess
Next articleWas the Skull of Petrarch Swapped at Some Point in History?