Compare Your DNA to an Ancient Saka Prince and Princess 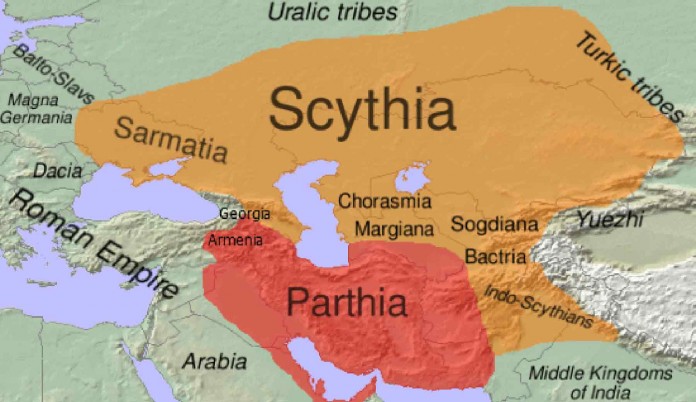 In 1997, an international archaeological expedition discovered an ancient kurgan in east Kazakhstan near the village of Berel in the Bukhtarma valley dating back to the Saka period in the early 3rd century BC.

A kurgan is an ancient burial mound heaped over a burial chamber, where members of the elite were buried together with sacrificial offerings, including weapons, horses and chariots. Kurgans were built in the Eneolithic, Bronze, Iron, Antiquity and Middle Ages and linked to the Scythian culture. The Scythians were a branch of ancient Iranian peoples who lived in the Kazakhstan steppes between 700BC – 200AD.

The kurgan discovered near Berel was presumed to belong to a Saka Prince who was 30 to 50 years old. Also found in the burial chamber were 13 sacrificed horses and the remains of a female adult, believed to be his wife.

How do these individuals relate to each other and modern populations?

It was unknown if the two skeletons were biologically related to each other and how they are related to modern populations. To answer these questions, autosomal and mitochondrial DNA analyses were performed on the skeletal remains. Autosomal refers to the 22 pairs of autosomal chromosomes that we inherit in equal amounts (one of each chromosome) from our parents. The results of the autosomal DNA test confirmed that the skeletons were not biologically related, further supporting the theory that the female remains belonged to the wife of the Prince and not a biological relative.

Mitochondrial DNA (mtDNA) is the circular DNA that is found in the mitochondria of human cells. Both males and females inherit mtDNA from their mother, (so both males and females can take the mtDNA test), but only females will pass the mtDNA down to the next generation, providing a way of tracing maternal ancestry and an excellent way to trace population origins and migrations throughout history.

There are three regions of the mtDNA that can be analyzed – HVR1, HVR2 and the coding region. The results of mtDNA-HVR1 testing of the Saka remains indicated that the Prince’s mtDNA type is more commonly associated with European individuals, whereas the Princess’s DNA type was more commonly associated with Central Asian populations. The identification of two different mtDNA profiles provides further support to the belief that the kurgan contains the remains of a Saka Prince and his wife.

Previous articleWhat Happened to the Remains of the Infamous Outlaw Ned Kelly?
Next articleIdentifying the “Unknown Child” Lost From the Titanic