Was Günther Messner abandoned on Nanga Parbat by his own brother? 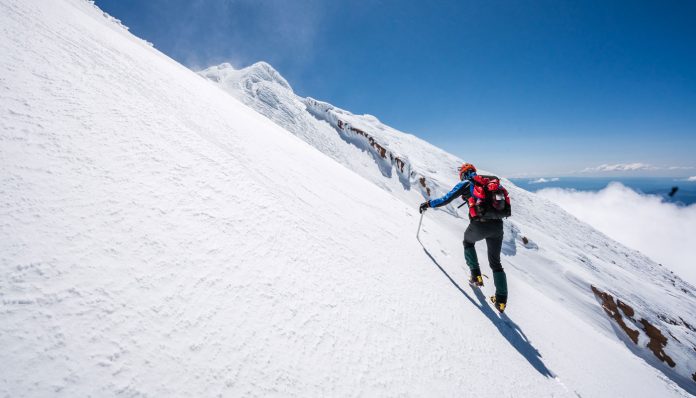 Nanga Parbat is the ninth highest mountain in the world with a summit elevation of 8,126 meters (26,660 feet). It is in the western Himalayas and is a notoriously difficult climb, with the nickname “killer mountain”. In 1970, the world-famous mountaineer Reinhold Messner and his brother Günther Messner were on an expedition to climb Nanga Parbat. The evening before the final push the summit, the base camp accidentally signalled approaching poor weather to the three climbers (Günther, Reinhold and Gerhard Baur) at the high camp. The decision was made that Reinhold would leave alone early the next morning to reach the summit before the weather closed in. Günther and Baur began preparing ropes to aid Reinhold’s descent, when Günther suddenly decided to catch Reinhold and summit with him. He reached Reinhold and they summited together, but the extra exertion exhausted Günther and the two brothers were forced to spend the night near the summit without a tent.

Was Günther abandoned on Nanga Parbat by his own brother?

Reinhold was insistent that both he and Günther had summited Nanga Parbat, but Reinhold returned alone and Günther became another casualty of the “killer mountain”. According to Reinhold’s story, they decided to spend the night near the summit with very little gear, rather than attempt to descend the difficult Rapul Wall. The next day, two climbers passed nearby and Reinhold thought they had arrived to rescue them. However, the poor weather signal had actually been issued in error, and the two other climbers were making their own bid for the summit, rather than on a rescue mission. The other two climbers were unaware of the trouble that the Messner brothers were in and continued their climb to the top, and the two brothers were forced to spend another night near the peak.

The next morning, both Reinhold and Günther were severely exhausted and tried to descend down the easier Diamir Face. Reinhold stumbled ahead as they tried to negotiate the face and lost site of Günther. After realizing his brother may have been caught in an avalanche, he frantically searched the debris, before abandoning the search and staggering down to the valley.

However, former climbing partners of Reinhold disputed his story and believed that Reinhold may have abandoned his brother in his bid for summiting and crossing glory. This controversy led to multiple lawsuits, attacks and counterattacks. Reinhold returned to Nanga Parbat several times to search for signs of his brother, in an unsuccessful bid to put these horrible accusations to rest.

In 2000, a human fibula was discovered on the Diamir Face – in the area where Reinhold had claimed Günther was lost. Initially this was believed to belong to a different individual lost on the same face, but in 2003 the remains of that individual were found elsewhere. In 2005, more remains were found near to the location of the human fibula, including clothing matching Günther’s and a proximal phalanx protected within a mountain boot.

Do these remains belong to Günther?

Genetic analyses were conducted on both the fibula and phalanx to determine if they belonged to Günther. Two of Günther’s brothers (Reinhold and Hubert) provided DNA samples to use as references. Both maternally inherited mitochondrial DNA and paternally inherited Y-DNA were analyzed from the bone samples and the two references.

Mitochondrial DNA (mtDNA) has a high copy number per cell, so there is a higher chance of obtaining good quality mtDNA from degraded remains, compared to nuclear DNA. Both hypervariable regions (HVR1 and HVR2) of the mtDNA were sequenced from the first bone fragment (fibula) and matched the sequence obtained from the two reference samples.

Paternally inherited Y-DNA is often harder to analyze than mtDNA, as there is only a single copy per cell. Y-DNA analysis from the fibula did not provide adequate data, but the analysis from the slightly protected phalanx (discovered within a mountain boot) did allow the determination of a Y-DNA STR profile. This Y-DNA profile matched that obtained from the two reference samples.

This genetic analysis provides conclusive evidence that the remains discovered on the Diamir Face do belong to Günther. This confirms Reinhold’s statement that Günther was lost on their descent down the western side of the “killer mountain” and refutes fellow climbers’ claims that Reinhold abandoned Günther on the difficult east face.

The DNA tests conducted in this study have defined the mtDNA and Y-DNA profiles of Günther, Reinhold and Hubert Messner. If you have taken the mtDNA HVR1 and HVR2 (Advanced Maternal Ancestry) test or the Y-DNA STR marker (Paternal Ancestry) test, you can compare your DNA against these profiles to see if you may have descended from the same lineage as this mountaineering family.