The DRD4 Gene: Of Dopamine and Sex 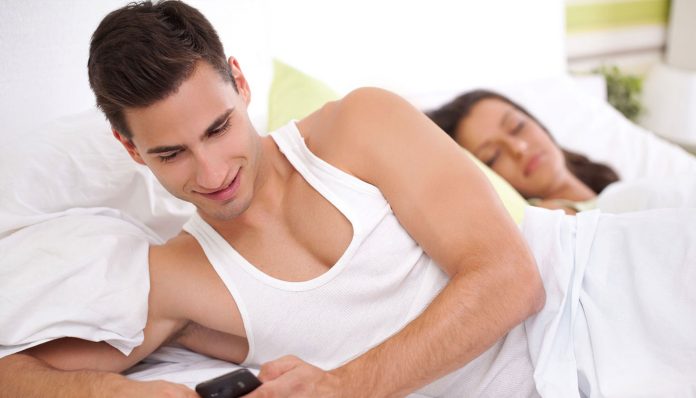 “He shoots. He scores”. As Wayne Gretzky skates around the rink holding the Stanley Cup, fans go wild. You can feel the rush, the excitement, and the joy, as the brains of the players and the fans flood with massive amounts of dopamine, the chemical that gives us feelings of pleasure and reward. Dopamine plays so many roles in our brains, from memory, to attention, to cognition. This versatility also makes it dangerous, because even small changes to dopamine levels can cause serious mental disorders, including schizophrenia and Parkinson’s disease. Dopamine is also linked to self-control, risk-taking and novelty seeking, addiction, mood disorders and even happiness. The latest addition to this list is sexual behavior, to be more specific – promiscuity and infidelity. People with certain genetic changes on one of the dopamine receptor genes, DRD4, are more likely to be promiscuous and cheat on their partners.

The DRD4 gene encodes the dopamine receptor D4. While one class of dopamine receptors, called ‘D1-like’ receptors, turns a series of genes on, the D4 receptor belongs to the ‘D2-like’ class that turns these same genes off. People with schizophrenia have an imbalance between the D1 and D2 receptors. They have more D2 receptors than normal and this may be the cause of the main characteristic associated with schizophrenia – unusual social behaviour. Disrupting the balance between D1 and D2 receptors can also have other serious health implications. For example, there is a link between lower levels of D2 receptors and Parkinson’s disease. On top of this, genetic changes within the DRD4 gene itself are linked to attention deficit hyperactivity disorder, novelty seeking and now, sexual promiscuity and infidelity.

The behavioural changes are related to a section of the DRD4 gene that is repeated between two and eleven times. A study looking at sexual behaviour and intimate relationships in young adults, found that people with at least one allele containing 7 or more repeats (7R+) were twice as likely to be promiscuous, compared to people with less than seven repeats. Almost 45% of people with a 7R+ allele reported to have had a one night stand, compared to only 24% of people with less than seven repeats in both of their DRD4 alleles. There was no significant difference between the two groups when it came to cheating on their partners. However, people with a 7R+ allele had more extra-pair partners, i.e. they cheated with multiple people. Findings from this study just might warrant dubbing the longer repeat versions of the DRD4 gene, as the ‘promiscuity’ gene.

One explanation to these findings takes us back to dopamine levels. The 7R+ version of DRD4, does not bind dopamine as effectively, which means people with this version need to make higher levels of dopamine. Could it be that these people are just trying to boost their dopamine levels with their risk-taking, novelty-seeking behaviour and with sex? Risk-taking and novelty seeking may be acceptable excuses, but promiscuity certainly is not. So, if they are indeed genetically programmed to be promiscuous, can we really label this behaviour as ‘cheating’? Before we can answer this, we need to answer a much bigger question: how much are we really defined by our genes? We will soon be entering a future where it will be possible to know our entire genetic makeup. How we choose to use this information, whether it is to modify behaviours or to excuse our unsavoury habits, remains entirely up to us. Just remember, whether you like it or not, the choices we make today will have a huge impact on our society and the future generations.

Previous articleAVPR1A: The Key to Successful Sexual Monogamy in Men
Next articleAre you Genetically Prone to Narcolepsy?