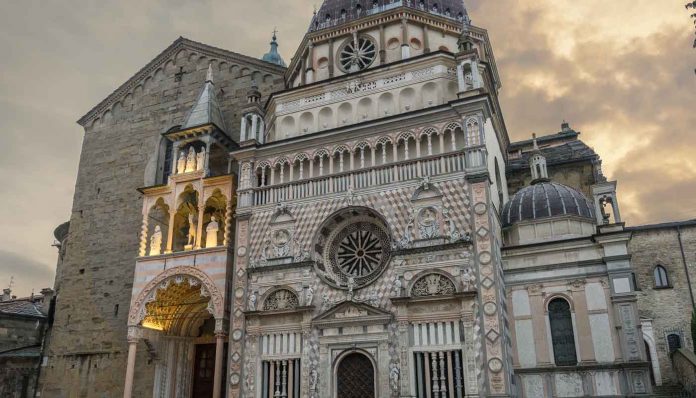 Prince Branciforte Barresi was a Sicilian arts patron and benefactor. He was the Prince of Pietraperzia and Marchese of Militello and was born in 1575. He married Juana of Austria in 1603 and, although historical records vary, it is likely that they had five daughters. One daughter died as an infant and three others died as young children. Their eldest daughter lived to adulthood and had one son, whom died at four years of age.

Historical records indicate that Prince Branciforte Barresi died in 1622 and was buried in the chapel of San Benedetto church of Militello de Catania (Sicily). His brother, two young daughters and young grandson were also thought to be buried in the chapel.

In 1996, a research team was formed to assess the state of preservation of Prince Branciforte Barresi’s remains. His skeleton was found as expected in the chapel and the mixed remains of four other individuals were found in a secondary burial site. These four other individuals were assumed to be his brother, two young daughters and grandson. All the bones appeared to be in a good state of preservation, allowing for the initial archaeological and osteological analyses. This good preservation also allowed later genetic analyses to be conducted to confirm the gender of each skeleton and determine relationships between the skeletons.

Genetic analyses of the skeletal remains

Genetic approaches were used in an attempt to confirm the identity of the skeletal remains. DNA sex identification by analysis of the gender specific amelogenin gene confirmed the male gender of the two adult remains – presumed to be Prince Branciforte Barresi and his brother. The three juvenile skeletons were all identified as female using genetic analyses, indicating that they are likely to be two of his daughters (as detailed in historical records), but not his young grandson.

The next step in the genetic analysis was to determine the relationships between the skeletons. Maternal relationships can be easily determined by analysis of the mitochondrial genome, as this is inherited in a strict maternal (mother to child) pattern. Mitochondrial DNA (mtDNA) has a high copy number per cell, so there is a higher chance of obtaining good quality mtDNA from ancient remains, compared to nuclear DNA. The two hypervariable regions of mtDNA provide the most variation and information for the analysis of ancient remains. Both these regions were sequenced from each skeleton.

The genders and mtDNA profiles determined in this study are mostly consistent with the historical records regarding the identity of the remains in the chapel of San Benedetto church. It is likely that the remains do belong to Prince Branciforte Barresi, his adult brother and two of his young daughters. However, the last juvenile skeleton is also a female, so not the Prince’s young grandson as previously assumed. This skeleton shares the same mtDNA profile as the other two young females, so it possible that it is actually the remains of another of the Prince’s daughters, who also died as a young child.

Unfortunately, no living descendants of Prince Branciforte Barresi’s family agreed to provide DNA samples. If these maternal references were available, a comparison could be made between their mtDNA and the mtDNA obtained from the skeletons and this could conclusively identify the remains. However, even without these references, the genetic data strongly supports the anthropological and historical evidence that these remains do belong to Prince Branciforte Barresi and his family.

The DNA tests conducted in this study have defined the mtDNA profiles of Prince Branciforte Barresi and his family. If you have taken the mtDNA HVR1 and HVR2 (Advanced Maternal Ancestry) test, you can compare your mtDNA against these profiles to see if you may have descended from the same maternal lineage as the Branciforte royal family.

Previous articleWas the Skull of Petrarch Swapped at Some Point in History?
Next articleThe Genetics of the House of Königsfeld