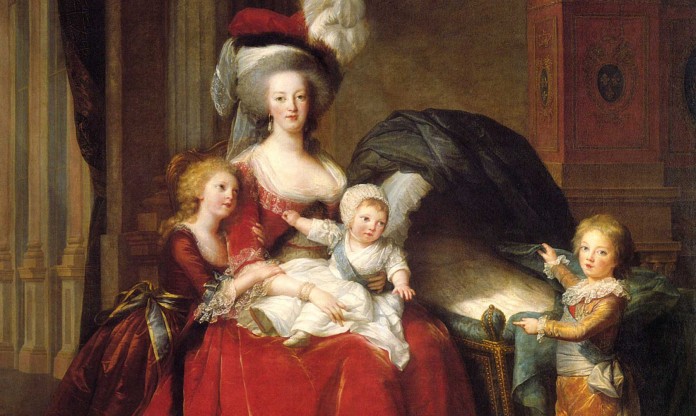 The French Revolution marked the end of the monarchy when King Louis XVI and Queen Marie Antoinette were found guilty of high treason and executed. But the fate of their two surviving children, Louis-Charles and Marie-Thérèse, has always been questioned. Did Louis-Charles really die at the Temple of Paris? Or did he escape and go on to become a German clock-maker?

Who was Louis XVII?

Did Louis-Charles really die in the Temple of Paris?

Throughout history, historians have wondered whether the boy who died in the Temple was truly Louis-Charles, or whether he had escaped and another young boy died in his place. To add to this speculation, several people later claimed to be Louis-Charles. The most notable was Wilhelm Naundorff, who died in 1845 and was buried under the name of Louis-Charles Duc de Normandie. Wilhelm Naundorff and his descendants were permitted to use the name ‘de Bourbon’, the name of the French royal family.

This case remained a mystery for historians for over a century, until modern DNA testing allowed historians to finally put this case to rest.

The researchers had access to two putative samples of Louis-Charles – the remains of Wilhelm Naundorff (the man who claimed to be Louis-Charles) and a piece of heart tissue (from during the autopsy of the boy who died in the Temple of Paris). They were also able to obtain samples from several relatives that would share the same mitochondrial DNA (mtDNA) profile as the true Louis-Charles. Both males and females inherit mtDNA from their mother, (so both males and females can take the mtDNA test), but only females will pass the mtDNA down to the next generation, providing a way of tracing maternal ancestry. The reference samples used in this study were all maternal descendants of Louis-Charles’ maternal grandmother, Empress Maria-Theresa:
– A hair sample from Johanna-Gabriela (Maria-Theresa’s daughter). This hair sample was contained in a medallion within a rosary from the legacy of Maria-Theresa.
– A hair sample from Maria-Josepha (Maria-Theresa’s daughter). This hair sample was contained within another medallion from the same rosary from the legacy of Maria-Theresa.
– Two hair samples from Marie Antoinette (Maria-Theresa’s daughter and Louis Charles’ mother). The first from a medallion kept in a private collection in Cannes and the second from a lock of hair fixed with a silk thread in a document belonging to Marie Antoinette.
– A blood sample from Queen Anne of Romania (a living maternal descendant of Maria-Theresa)
– A hair sample from André de Bourbon Parme (a living maternal descendant of Maria-Theresa)

There are three regions of the mtDNA that can be analyzed – HVR1, HVR2 and the coding region. In this study, the HVR1 and HVR2 regions were analyzed from each maternal reference sample and each putative Louis-Charles sample.

The analysis of the hair samples belonging to Marie Antoinette and two of her sisters (Johanna-Gabriela and Maria-Josepha) resulted in poor quality mtDNA, due to the age of these samples. Each of these samples was analyzed multiple times, but only a partial mtDNA profile could be accurately obtained. However, the samples obtained from two of Maria-Theresa’s living descendants (Queen Anne of Romania and her brother André) yielded high quality mtDNA. This enabled scientists to accurately determine the mtDNA profile of Maria-Theresa and all of her maternal descendants, including Marie Antoinette and the true Louis-Charles.

This mtDNA profile was compared to that obtained from Wilhelm Naundorff and the heart tissue from the boy in the Temple of Paris. Naundorff’s mtDNA proved to be completely different, while the heart tissue was a perfect match to all the reference samples.

This mitochondrial DNA analysis has provided conclusive evidence that the young boy who died in the Temple of Paris was in fact Louis-Charles. It has proven that all other claimants, including the famous Wilhelm Naundorff, are just imposters

DNA Database Comparisons
The DNA tests conducted in this study have defined the mtDNA profile of Louis-Charles, the Holy Roman Empress Maria-Theresa and Queen Marie Antoinette. This maternal lineage includes many notable historical figures, which would share the same maternal mtDNA profile (barring the occurrence of any non-maternity events such as adoption). Historical figures in this maternal lineage include:

If you have taken the mtDNA HVR1 and HVR2 region test, you can compare your mtDNA against members of this notable family to see if you may have descended from the same maternal lineage as this European royalty.

Previous articleTaking Aspirin to Lower Cancer Risk – When Your Genes Might Defy You
Next articleRe-convergence: The Ancient DNA Story of People of America