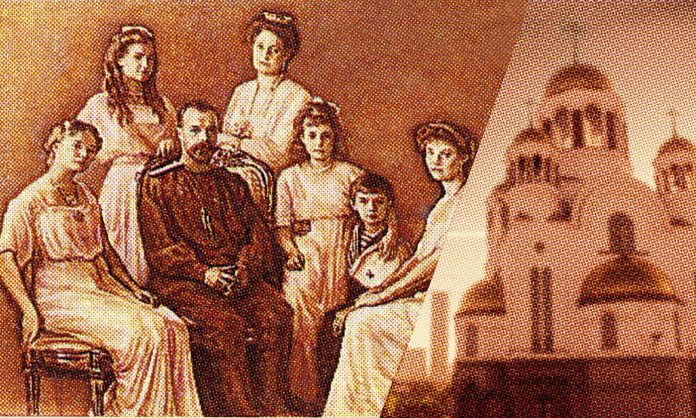 It’s been 100 years since the Bolsheviks executed Tsar Nicholas II and his entire family. Will the Russian Orthodox Church finally recognize their remains, and bury them with full rites?

The House of Romanov was the second dynasty to rule Russia. Tsar Nicholas II was the last ruler from this imperial family. He was married to Princess Alix of Hess and by Rhine, one of Queen Victoria’s granddaughters.

Princess Alix was given the name Tsarina Alexandra Feodorovna when she was received into the Russian Orthodox Church upon her marriage to the Tsar. The couple had four daughters, Olga, Tatiana, Maria and Anastasia and one son, Alexie.

What happened to the Romanovs?

At the end of the first of the two Russian revolutions in 1917, the Tsar was forced to abdicate. The entire family and their servants were put under house arrest. When the Bolsheviks came to power, the rules became even stricter and the Romanovs were eventually were moved to Ipatiev House at Ekaterinburg.

According to the Bolsheviks, Tsar Nicholas was executed in July 1918. The fate of the remaining Romanovs was somewhat of a mystery. Then in 1926 it was acknowledged that the entire family had been executed.

But, there was always speculation that some family members survived. Since the execution of the Tsar, more than 200 people have come forward claiming to be a member of the Romanov family.

The most famous imposter was Anna Anderson, who claimed to be Grand Duchess Anastasia. More on Anna’s story and how DNA evidence proved she was NOT the the Grand Duchess can be found here.

Discovery of the remains

Then, 89 years after they disappeared, remains of some of the Romanovs were discovered in a shallow pit around 20 miles from Ekaterinburg. DNA analyses confirmed that five of the nine skeletons from this pit belonged to Tsar Nicholas II, Tsarina Alexandra and three of the four daughters.

The bodies of Alexie and the remaining daughter were uncovered in 2007, close to the mass burial site of the other Romanos. Again, DNA studies confirmed that the two burned partial skeletons belonged to children of Tsarina Alexandra – her son Alexie and one of her daughters. You can read the full DNA story of the Romanovs in more detail here.

Acceptance of the Russian Orthodox Church

The Russian Orthodox Church refused to give the remains of the Tsar, Tsarina and three of daughters a full-burial service. Instead, the skeletons were reburied with honors in the imperial-era capital of St. Petersburg. The skeletons of Alexie and the other daughter (discovered later in 2007) were never buried.

Why? The Church did not accept the authenticity of the DNA findings (even though they were performed by international experts), as they were not given the opportunity to supervise the investigation.

But this all changed when the Church canonized the Romanovs, making their remains holy relics, which promoted another DNA investigation.

This time supervised by the Orthodox Church, conducted by Russian scientists. The bodies of the Romanovs were exhumed and additional samples were taken for analyses. Three years later, the results and the conclusions from this investigation are still pending.

Many were hoping that the Church might finally reconigze the remains of the Romanovs and bury them with full rights by the 100th anniversary of their passing. But, unfortunately the closure didn’t come in time.

May they rest in peace

The story of the Romanovs has fascinated us for years. The church may still decide not to sanction the remains from Ekaterinburg as belonging to the Romanovs.

However, the science is now unquestionable. The entire Romanov family perished in 1918, finally putting an end to the speculation that some of the Romanovs may have escaped.