Determining the DNA Profile of the Great Napoleon 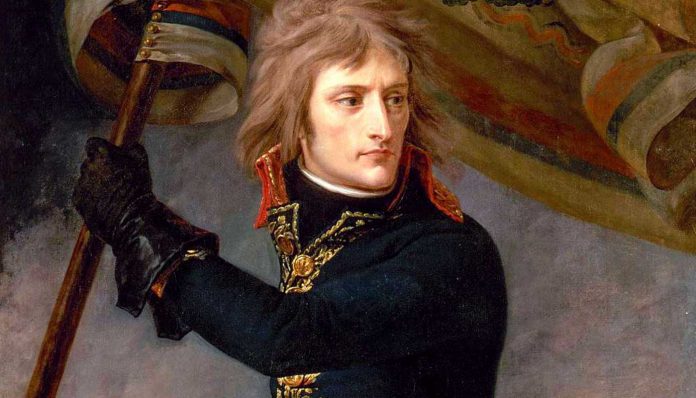 Napoleon I (Napoleon Bonaparte) was the first Emperor of the French, rising to power on May 18, 1804. He was one of the greatest commanders in history and dominated European and global affairs during his decade in power. He led his French army to win most of the Napoleonic Wars against various European coalitions and established a large empire across much of Europe. In October 1813, Napoleon lost to a large Allied force in the Battle of Leipzig and he was forced to abdicate in April 1814 after the Allies captured Paris. He was exiled to Elba (an island near Rome) but escaped and regained power in March 1818. His second reign was short-lived before he lost to a strengthened Allied force in the Battle of Waterloo. This time, he was exiled to the remote island of Saint Helena in the South Atlantic, where he died several years later from possible poisoning.

The Vivant Denon reliquary is a late 15th or early 16th century reliquary in gilded copper filled with secular relics including relics from French, Spanish and Portuguese history. The final relics in this collection are mementos presumed to be from Napoleon Bonaparte, including a signature, a fragment of a bloody shirt and a few strands of head and beard hairs. Researchers aimed to compare the hairs with samples from Napoleon’s relatives to determine and confirm the DNA profile of Napoleon Bonaparte.

The initial analysis of Napoleon’s hair samples focused on the extraction and analysis of mitochondrial DNA (mtDNA). mtDNA is useful for identifying and analyzing ancient samples due to its high copy number (hundreds per cell) and strict maternal line inheritance. mtDNA contains three regions: HVR1, HVR2 and Coding Regions. This study sequenced the HVR1 region from the hair samples in the Vivant Denon reliquary and from two maternally related individuals who would share the same mtDNA profile as Napoleon. These references were Maria Letizia Ramolino – Napoleon’s mother (hair sample collected during the mummification of her body) and Caroline, Queen of Naples – Napoleon’s youngest sister (hair sample from a private collection).

The sequencing analysis of the HVR1 region of the mtDNA from each of these samples identified the presence of an extremely rare variant (16184C>T) that has a frequency of less than 0.01% in the general population. The identification of this rare variant in all three samples confirms that these hairs in the Vivant-Denon reliquary do belong to Napoleon Bonaparte.

A later analysis of the hair samples was conducted to determine the Y-DNA profile of Napoleon. In contrast to maternally inherited mtDNA, Y-DNA is passed down from father to son along the direct paternal lineage. There are two types of Y-DNA markers that can be analyzed – very slow changing SNPs (single nucleotide polymorphisms) and fast changing STRs (short tandem repeats).

Ten SNP markers and three STR markers were analyzed from Napoleon’s Y-DNA to determine that he belonged to the E1b1b1c1* subclade of the Y-DNA phylogenetic tree. Napoleon only had one legitimate son, who died before having any children, so there are no known paternal descendants of Napoleon. However, Napoleon should share the same Y-DNA profile as his biological brother, Jérôme (both inherited from their father Carlo Buonaparte). Therefore all paternal descendants of Jérôme are expected to share the same Y-DNA profile and can be used as references to confirm the Y-DNA profile obtained from the ancient hair sample. Jérôme’s paternal great-great-grandson (Prince Charles Napoleon) agreed to provide DNA as a reference and he was also shown to belong to the E1b1b1c1* subclade.

These DNA analyses have determined both the mtDNA and Y-DNA profiles of Napoleon Bonaparte, one of the greatest commanders in history. The detection of the very rare mtDNA variant (16184C>T) is especially useful for identifying people who descended from the same maternal lineage as Napoleon. It is also an ideal tool for the authentication of many other Napoleon body and hair samples in collections worldwide. Napoleon was known to have many illegitimate children and now that we know Napoleon’s Y-DNA profile, possible paternal descendants can determine whether or not they really do descend from the first Emperor of the French.