Was the Skeleton of Luke the Evangelist Swapped? 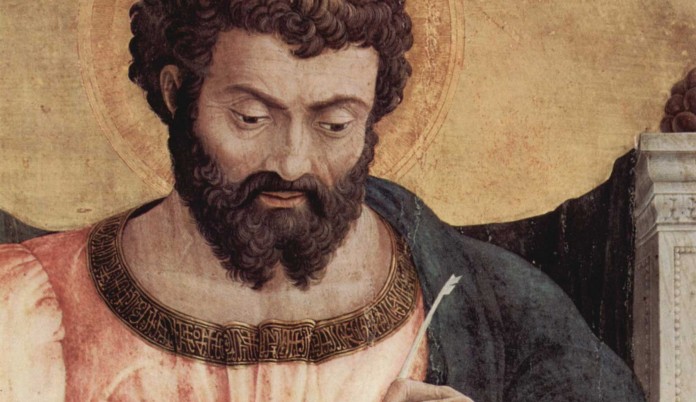 Luke the Evangelist is the patron saint of artists, physicians, surgeons, students and butchers, and his feast day takes place October 18. Luke the Evangelist is said to be the author of the third Gospel and the Acts of the Apostles. He was born in the city of Antioch – an ancient city in the Roman province of Syria and is now Antakya, Turkey). He died around AD. 150 at the age of 84 years in Thebes, the capital of Boeotia, Greece.

The mystery of a possible skeleton swap

Although the body of Luke the Evangelist (Saint Luke) was initially buried in Thebes, Greece, it was later transferred from Thebes to Constantinople (capital of the Byzantine Empire, present day Istanbul, Turkey) during the second year of reign of emperor Constantius around A.D. 338. The body was transferred a second time around A.D. 1177, this time from Constantinople to its current resting place in Pauda, Italy. Historians have long questioned the identity of the body attributed to Saint Luke. In particular, they wonder whether the remains may have been replaced in Greece or Turkey. If the remains truly do belong to Saint Luke, they will be of Syrian origin (the location of Saint Luke’s birthplace). However, if they were secretly replaced with another body, the remains will instead be of Turkish or Greek origin.

Solving the mystery with DNA analyses

Using modern DNA technology, anthropologists set out to answer this question by obtaining DNA samples from the body attributed to Saint Luke and comparing it to the mtDNA sequences from populations of Syria, Turkey and Greece to see if they could determine the most likely geographic origin of the body.

A whole canine tooth, a tooth root and some bone fragments were collected from a sarcophagus containing the body traditionally attributed to Saint Luke. Only the whole canine tooth contained sufficient DNA to perform the DNA test and subsequent studies focused on the DNA obtained from this tooth.

Mitochondrial DNA (mtDNA) is often the DNA analysis of choice for ancient remains, due to its high copy number (hundreds per cell), rapid evolution rate and strict maternal inheritance. There are three regions of the mtDNA that can be analyzed – HVR1, HVR2 and the coding region. In this study, researchers sequenced the HVR1 region and analyzed a single SNP marker (marker 7028) from the coding region of the mtDNA extracted from the tooth sample. Next, the researchers obtained the mtDNA HVR1 sequence for individuals from Syria, Greece and Turkey. The tooth sample mtDNA profile showed the closest match to the mtDNA profile of the Syrian population.

Conclusions of the DNA study

The researchers claimed that statistical interpretations of the data suggest that the match to individuals from Syria was three times greater than the match to individuals from Greece, rejecting the hypothesis that the body belonged to an unnamed Greek. The probability that the body belonged to a Turkish person was only slightly lower than the match to people from Syria, so it is still possible that the remains were swapped in Constantinople (modern day Turkey). However, the closest match is to Syrian people, indicating that the body is most likely of Syrian origin, the original birthplace of Saint Luke, thus helping to dispel the theories that the body was replaced at some point in history.