For the Love of Milk – Why Humans Gained Lactase Persistence 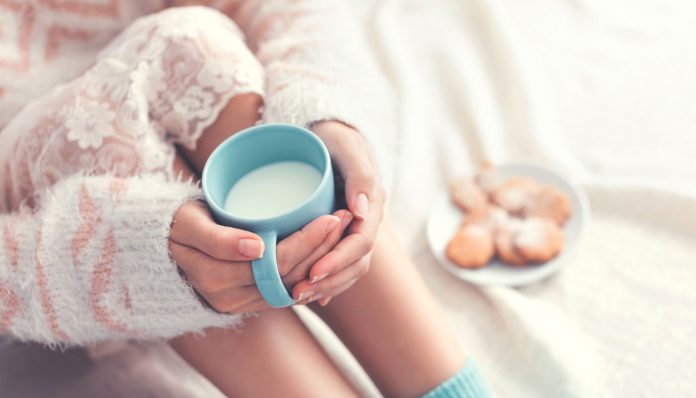 Growing up, milk and butter were staples. In college, you consumed Kraft dinner and extra cheesy pizza in copious amounts. But now, eating plain yogurt leaves you bloated and uncomfortable, and the last time you indulged in a double scoop of ice cream, you spent the night in the bathroom. You may be the latest victim of lactose intolerance, when consuming milk products make you ill.

When symptoms like nausea and diarrhea occur shortly after drinking milk, you might assume you are allergic to dairy. However, lactose intolerance is not an allergy and will not show up on a standard allergy test. Instead, it is the most common form of food intolerance. We are all born with the ability to make lactase – the enzyme responsible for breaking down milk sugars. However, after weaning, lactase levels often start to decrease, which is why more than 65% of adults are sensitive to lactose. Individuals who are lactose intolerant have very low levels of lactase, so the undigested lactose becomes a great source of food for gas-producing bacteria in the gut, leading to classic symptoms like abdominal discomfort and bloating.

Lactose sensitivity is the rule, not the exception – we did not lose lactose tolerance, instead some of us gained “lactase persistence” and the associated ability to digest lactose as adults. Our ability to digest lactose is dictated by our genes – individuals with lactase persistence carry special genetic changes that turn on the lactase enzyme permanently. The appearance of the mutation which causes lactase persistence can be traced back to when hunter-gatherers became herders and farmers. We learned how to ferment milk, and dairy products became a dietary staple. This “milk revolution” brought about a selection for genetic changes that permanently turned on the lactase gene to keep enzyme levels high into adulthood. When crops failed and food became scarce, the people who could survive on dairy, reproduced and passed on the genetic changes to their children.

What is even more fascinating is that there is more than one mutation that gives lactase persistence. These different genetic changes took place independently in different parts of the world, across Europe, Africa and the Middle East. Yet, all of these genetic changes happened near the lactase gene, and all of them allows the increased production of lactase production into adulthood. The one common factor between these populations was a shared reliance on a dairy-based diet. Cultural differences in diet have subsequently influenced how popular these genetic changes became, which is why more than 75% of Europeans can tolerate large amounts of dairy, compared to only 25% of individuals of African descent and only 5% of those with Asian ancestry.

If you are sensitive to lactose, cutting out milk might not be the best solution to the problem, because dairy products are an excellent source of calcium and they may protect us from chronic diseases, like osteoporosis, hypertension, stroke and obesity. Luckily, there are many ways to manage lactose sensitivity, ranging from consuming dairy-products with lower lactose levels, to taking lactase pills and using alternative milk products supplemented with calcium and vitamins. The next time when just the thought of ice cream, cream cheese or whipped cream makes you queasy, just remember that lactose sensitivity is the rule and not the exception, then go ahead and blame it all on your genes.