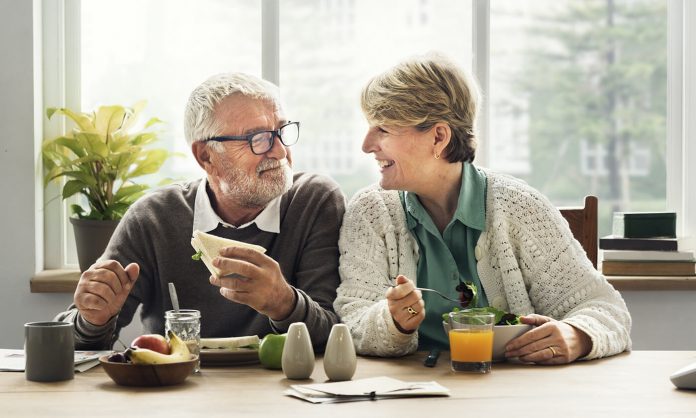 Researchers publish a reference DNA database for healthy older Australians in an attempt to establish a baseline for healthy aging.

Owing to the amazing advances made in science and medicine, the elderly population in the world is the highest it has even been in human history. Life expectancy has increased over time and we are better equipped to tackle diseases, enabling us to live much longer than our ancestors. However, in the very near future, this same advantage is going to become one of the biggest challenges the healthcare system has faced in the past century—providing proper medical support for our elderly.

According to the World Health Organization (WHO), 22% of the human population will be over the age of 60 by 2050. This means we need to better understand the mechanisms and genetics behind aging so we can devise approaches to prevent, delay, and minimize the risk of diseases that come with age. We want to prepare ourselves today so that we can keep ourselves healthier tomorrow.

This is exactly what the researchers in this study were after – understanding healthy aging as a way to tackle aging diseases. They wanted to get a better idea of DNA changes (genetic variants) linked to certain disease states and aging. By identifying genetic changes relevant to disease, we can use them to predict aging diseases earlier, so preventative measures can be taken and optimal treatment options can be devised.

But, before we can make links between specific diseases and age, we need to better understand healthy aging and establish a baseline for healthy aging. The idea is that once you establish which DNA variants are present in a healthy aging population, you can use this as a control to look at how they compare to individuals with aging diseases like Alzheimer’s, cardiovascular disease, and osteoporosis. By making these DNA connections, we can take action early.

Setting up the baseline

This is why we thought this study, which maps out the genome of a healthy, elderly population, was very important. These researchers collected DNA samples from 4,000 healthy Australians that ranged from 64 to 95 years old. One of the criteria used was that the participants must have been free from aging diseases like cancer, cardiovascular disease, or neurodegenerative diseases like Alzheimer’s until they were at least 70 years old.

The Medical Genome Reference Bank (MGRB) at the moment consists of 2,750 genomes of healthy older Australians, 344 genomes of young people, and 273 genomes of elderly cancer patients. The idea is that this ‘control’ or baseline dataset can now be used to predict the risk of aging diseases by looking for DNA differences between healthy and disease conditions.

The researchers have already shown that they can predict the genetic risk of diseases (prostate cancer in this case) with much more power when they use the  ‘control’ data from MGRB.

This is where establishing ‘normal’ or healthy aging controls also comes in handy. According to this study, it is possible to even distinguish lifestyle differences like physical activity by just looking at an individual’s DNA, suggesting that genome sequencing may be able to give us a good indication of biological age. What’s more, this can help us monitor people as they age to give them the proper supportive care as early as possible.

You feel young because you are young!

What’s more, it can give us all an incentive to strive to lower our biological age, ultimately leading to positive health benefits.

Who wouldn’t want to look young, feel young, and actually be young?

Previous articleY marks the spot: a genetic explanation to why you have more brothers than sisters (or vice versa)
Next articleHunting for DNA stories at natural history museums