The APOE e4 Allele Increases Your Risk of Alzheimer’s Disease 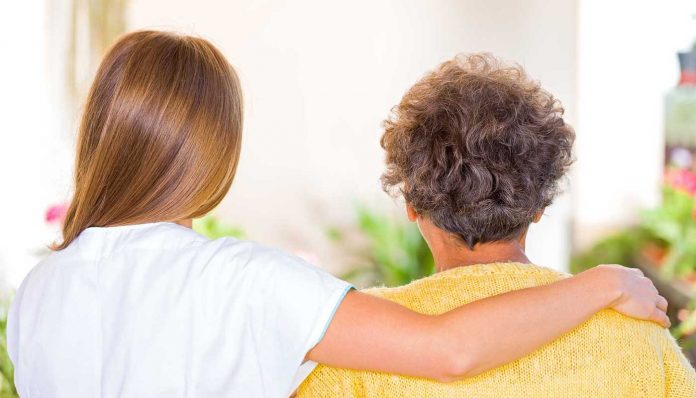 Going, going, gone! There goes your memory and that’s only the beginning. Next you lose the ability to think and reason, then forget how to cook, read or dance. Finally you don’t remember how to do the basic things, like getting dressed or taking a bath. This is the progression of Alzheimer’s disease. Alzheimer’s disease is the most common cause of dementia, accounting for 50-75% of approximately 44 million dementia cases worldwide in 2015. Alzheimer’s does not discriminate – Ronald Regan, Norman Rockwell and Rosa Parks all suffered from Alzheimer’s disease.

Alzheimer’s disease (AD) was named after the German physician, Alois Alzheimer, who first made the connection between memory-loss and changes in the brain. The brain of an Alzheimer’s patient is smaller, has fewer nerve cells and has many abnormal structures called plaques and tangles. Late-onset Alzheimer’s is the most common type of AD, seen in more than 90% of cases. Patients develop symptoms later in life, often after the age of 65. As we start living longer, because of better nutrition, healthcare and hygiene, the number of people afflicted with AD will continue to increase and is expected to double by 2030.

Several genetic changes have recently been identified that are linked to either an increased or decreased risk of developing AD. The APOE gene is the biggest genetic risk factor linked to late-onset AD. There are three versions or alleles of this gene, APOE e2, APOE e3 and APOE e4. Each parent passes a copy of the APOE gene to their children, meaning an individual may carry two identical copies of the APOE gene (homozygous) or two different APOE alleles (heterozygous). People who carry the APOE e4 allele have an increased risk of developing AD – a 3-fold increased risk when one copy of APOE e4 is present and a 10- to 15-fold increased risk when two copies of APOE e4 are inherited. There are at least 20 other genes linked to Alzheimer’s disease, but none of these genes increase the risk of AD by the same magnitude as APOE e4.

Genetic analyses allow us to determine whether or not we are predisposed to AD. What worries me the most about developing AD is not the memory loss or the loss of independence; it’s the burden on loved ones. I am a believer of the maxim – better the devil you know than the devil you don’t – so I would want to know my risk. If I had the e4 version of APOE and knew that my chance of developing AD was higher, I would be prepared to make changes and to follow the six pillars of a brain-healthy AD prevention lifestyle – to eat right, exercise, sleep more, use my brain, manage stress and have an active social life. I would want the time to plan ahead, to help ease the burden, and to make the tough decisions involving my care while I can.

There is no cure for Alzheimer’s. But today we understand the disease better, have a list of preventative methods and know how to manage and live with Alzheimer’s. Scientists are making breakthroughs every day, from developing blood tests and advanced imaging techniques for early detection, to looking for drugs that might block the formation of plaques and tangles. Several clinical trials are underway for drugs that had promising preliminary results. As a scientist, I am confident that we will soon beat AD and, as an individual, I am hopeful.