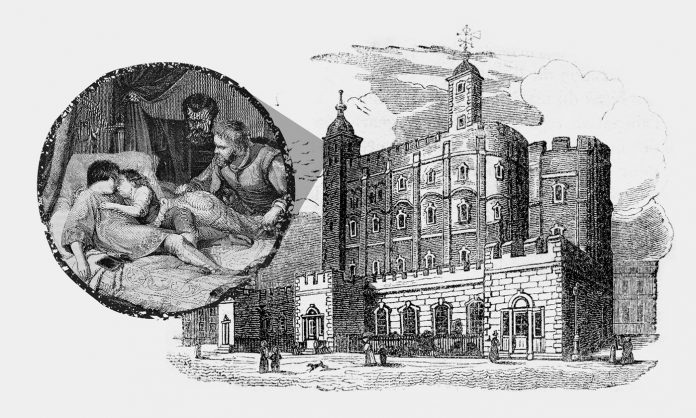 Why new DNA evidence won’t prove King Richard III was guilty of murdering the ‘Princes in the Tower.’

Then, shortly after Richard’s coronation, Edward V and his younger brother made their last public appearance. The ‘princes in the towers’ were never seen again.

It’s generally assumed that the princes were murdered upon instructions from King Richard III.  But, all evidence of Richard’s involvement in their murder is very circumstantial.

The ‘Princes in the Tower’

Upon the death of King Edward IV in 1483, his son Edward V (the heir to the throne) was brought to London and housed in the Towers of London. It was the traditional residence of monarchs before coronation. His younger brother Richard, Duke of York later joined him at the Towers.

But, Edward V was never crowned. And, following King Richard’s coronation, Edward and his brother were taken to “inner apartments of the Tower,” until one day they disappeared altogether.

Presumed skeletons of the princes

In 1674, workmen remodelling the Towers of London found a wooden box with two small human skeletons. Even though they weren’t the first children’s skeletons uncovered within the tower, the bones were attributed to the princes, mainly based on the writings of “The history of Richard III” by Sir Thomas More.

The presumed bones were then placed in an urn, and interred in the Westminster Abbey. In 1933, the bones were examined. But, the examination was limited to measuring certain bones, which established that the skeletons belonged to two children around the correct ages for the princes.

No DNA analyses were conducted at the time.

Elizabeth, an opera singer, is the 16 times great-granddaughter of Jacquette of Luxembourg, the maternal-grand mother of the princes. Hence, they share the same maternally inherited mitochondrial DNA.

Details of this discovery can be found in Dr. Ashdown-Hill’s book, “The Mythology of the Princes in the Tower.”

All of us inherit our mtDNA from only our mothers. This mtDNA essentially remains unchanged through the maternal line, giving an excellent way to trace maternal ancestry.

If DNA analyses were performed to compare Elizabeth Robert’s mtDNA to the mtDNA of the bones in the urn, what would it reveal?

A match between mtDNA profiles would mean that the bones in the urn may belong to the princes (or at least one of them). It might solve the mystery of the disappearance of the princes. But it wouldn’t really prove that “Richard III was guilty of murdering the ‘Princes in the Towers’” as the Independent, claims.

Different mtDNA profiles would suggest the relics in the urn are not authentic. As in they don’t belong to the ‘Princes in the Towers’ as presumed.

Many historians agree that Richard was the most likely candidate for murdering the princes for a number of reasons.

However, a DNA match will not PROVE Richard’s guilt! If the skeletons indeed belong to the princes it would greatly increase his guilt. It’s highly unlikely that the princes, who were under guard in the Tower of London, were murdered without the King’s knowledge.

King Richard’s remains were discovered in 2012, and DNA analyses confirmed their authenticity. However, these tests also raised the possibility that King Richard III wasn’t really the great-great-grandson of King Edward III, making him “illegitimate.” You can read more about this story here.

Will researchers be permitted to examine the skeletons in the urn, or the remains of Edward IV and his queen are in St George’s Chapel at Windsor to solve the mystery of the missing ‘Princes in the Towers?’

Reference:
New DNA sample could prove whether Richard III was guilty of murdering the ‘Princes in the Tower’