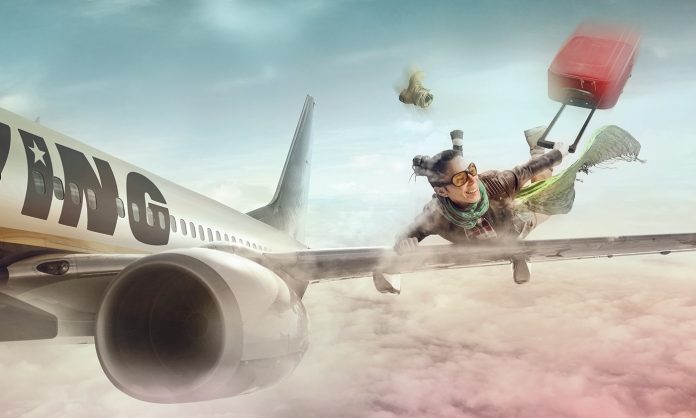 Scoot, a Singapore-based airline carrier partners up with Dr. Richard Paul Ebstein to prove that ‘wanderlust’ is in our DNA.

Do you love to travel? Are you constantly daydreaming about visiting exotic lands, trying unusual foods, or simply love the idea of exploring? It’s highly likely that you may have inherited the ‘wanderlust’ gene.

Dopamine and the need to feel good

Dopamine is a neurotransmitter (a chemical messenger) found in our brains that is responsible for our feelings of reward and pleasure. Differences in dopamine levels are linked to self-control, happiness, mood disorders, promiscuity, and an insatiable appetite for travel or ‘wanderlust.’

The ‘wanderlust’ gene is a genetic variation of the DRD4 gene. Genetic variants are small changes in DNA that exist between people. In the DRD4 gene, these changes are found within a region that is repeated between 2 to 11 times.

We each inherit two copies of the DRD4 gene, one from each of our parents. If you inherit at least one copy of DRD4 with 7 or more repeats (referred to as 7R+), you have the ‘wanderlust’ gene.

The reason behind novelty seeking

The DRD4 gene gives instructions to make the dopamine receptor D4, involved in transmitting the signal generated by dopamine.

People with the 7R+ ‘wanderlust’ version of DRD4 make a dopamine receptor that doesn’t bind dopamine as effectively. They are less sensitive to dopamine, and need more of this chemical to achieve the ‘warm glow’ feeling experienced by those with the shorter versions of the DRD4 gene.

Risk taking and novelty seeking acts, like exploring exotic lands or getting on a plane without a plan, are activities which boost dopamine levels. Exactly what people with the ‘wanderlust’ gene need to attain the ‘feel good’ effect they are constantly seeking.

Is your need for travel in your DNA? This is what a Singapore-based airline Scoot is hoping to prove with their industry-wide genetic experiment.

Scoot has partnered with Dr. Richard Paul Ebstein at the National University of Singapore, to prove that travelling is in our DNA. Dr. Ebstein is an expert geneticist who has been studying DRD4 7R+ allele for decades.

Currently in the recruitment stage, they are looking for volunteers to be part of this experiment. According to Scoot CEO Lee Lik Hsin this is an opportunity to gain deeper insight into the preferences and habits of their customers, to work towards their goal of making travel attainable for everyone.

Approximately 20% of the world’s population inherit the ‘wanderlust’ gene. That means 1 out of every 5 of us may be able to blame our novelty-seeking and risk-taking behavior on our DNA.

Is it possible that you enjoy adventure, exploring, and travelling, because of your genes? It’ll be interesting to see how scientific data will support Scoot’s claim that travel is an innate human need or a ‘wandermust’.