Entering a new-era of gene-editing 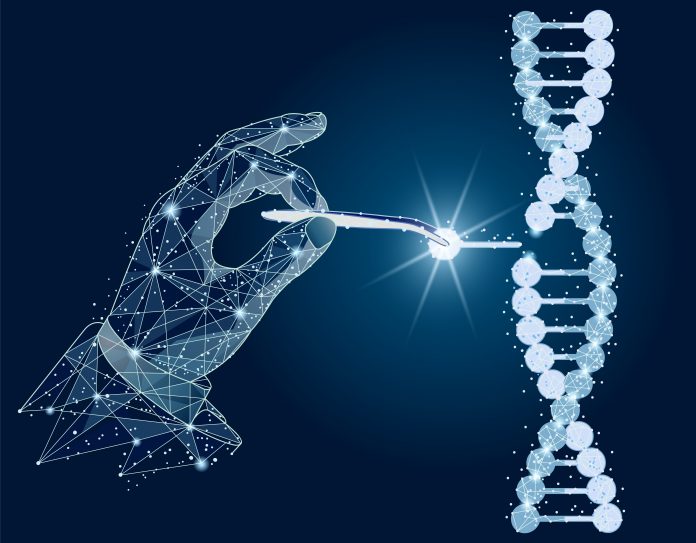 Just over a year ago, the He Jiankui stunned the world with his ‘designer twins,’ world’s first gene-edited babies. Even though his choice to use an unproven methods on human embryos was unethical and showed complete disregard of scientific integrity, Jiankui’s action also showcased to the world the power of CRISPR and it’s amazing potential as a novel therapeutic.

A natural defense system in bacteria

The CRISPR genome-editing technology was adapted from a naturally occurring defense system used by bacteria.  CRISPRs (which stand for clustered regulatory interspaced short palindromic repeats) are specialized regions of DNA where the sequence is repeated.  In bacteria, these repeated sequences come from viruses that have previously attacked them and serve as a memory bank, so when attacked again, bacteria are able to quickly recognize and destroy the viruses.

When a virus attacks the same bacteria a second time, a portion of the CRISPR region is made into RNA. This RNA guide (known as CRISPR RNA or crRNA) acts as a beacon to recognize foreign RNA and to recruit Cas proteins, which act like scissors to cut and destroy the viral RNA.

However, Cas proteins can’t just cut anywhere in the genome. Other special DNA sequences have to be present in the target DNA sequence to be cut. These sequences serve as a built-in safety mechanism to preserve the bacterial genome.

Genome editing involves making specific changes to the DNA sequence. This usually achieved by creating a break on the DNA sequence and modifying it by either taking away (deleting) or adding (inserting) sequence using the cells natural repair system. The goal is changing the downstream message of the DNA thereby of the protein it encodes.

Scientists have been editing genomes long before CRISPR was discovered. However, several features of CRISPR make this editing technology reign supreme over the other systems: (1) The CRISPR system involves just two components, Cas proteins and a simple RNA sequence (known as guide RNA), (2) all components can be delivered in a single vector, and (3) Cas proteins can be directed to cut any region of DNA by simply changing the guide RNA.

Since its discovery in 2012, scientists have been perfecting this amazingly powerful technology, because they realize the power of CRISPR and its potential for correcting genetic disease, preventing diseases and for improving livestock and agricultural products

For example, a study published early this year showed that CRISPR can be used to correct defects in retinal cells and restore sight in animal tests involving mice and monkeys. Just this month the first group of human trials to make use of CRISPR were announced to tackle cancer and blood disorders.

Whether or not you are a supporter of genome-editing, CRISPR is a technology that is here to stay. Its capabilities will only grow as scientists work to fine-tune and optimize the technology, like the improved “hit and run” system for delivery published by scientists at the Wake Forest Institute for Regenerative Medicine.

Once the technology matures to hopefully eliminate most of its drawbacks, how would you feel about tweaking the genome of an embryo to help save lives?

Previous articleKnow your risk of heart disease
Next articleCan the “wanderlust” gene explain your love for travel?