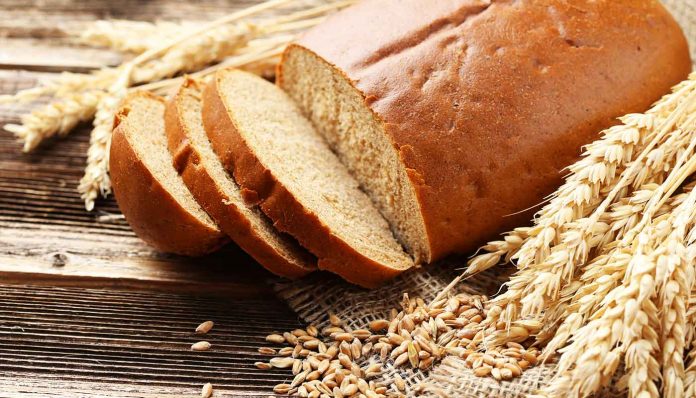 Genetic changes explain why some of us are more sensitive to gluten than others and how it leads to celiac disease.

From Weight Watchers to Atkins to Juice Cleanses, we live in a society that continuously swings through diet fads. When you walk into any supermarket, it is hard to miss the latest food trend embraced by consumers and the food industry alike; the gluten-free diet. Gluten is a protein normally found in grains like wheat, rye or barley, and gives bread the chewy texture that we all love. However, when the gluten in your diet signals your immune system to target normal, healthy cells, it leads to celiac disease (CD). The best predictor of CD is genetic variation, as there are versions of genes involved in the immune system that can predispose you to CD.

Celiac disease is an autoimmune disease – it is caused by your immune system attacking and destroying healthy cells. CD differs from food allergies, because antibodies, which are involved in an allergic reaction, do not play a role in the autoimmune response occurring in CD. Also, CD symptoms usually take 48-72 hours to develop, compared to the immediate reaction seen with food allergies. Initial signs of CD include digestive problems like bloating, stomach aches and diarrhea. These symptoms can often be mistaken for a number of other conditions, like lactose intolerance or Crohn’s disease, and, if left undiagnosed, the symptoms of CD will worsen and can be fatal. The main risk factors for CD are genetic changes in two immune system genes, HLA-DQA1 and HLA-DQB1.

HLA genes encode proteins that are normally involved in alerting the immune system against foreign bodies, such as viruses and bacteria. When a person with CD eats anything that contains gluten, the mutated HLA proteins recognize gluten as foreign. This detection of a foreign component signals special immune cells, called T-cells, to mount an immune response. The inflammation from the aberrant immune response leads to severe damage to the intestinal lining and the loss of cells that are essential for the absorption of nutrients. Serious damage to the intestinal lining can lead to more severe symptoms like anemia, osteoporosis, infertility, depression and epilepsy.

Genetic changes in HLA-DQA1 and HLA-DQB1 predispose individuals to CD; but only a subset of the people with these genetic changes, will actually experience gluten-intolerance. This indicates that other genetic and environmental factors are also involved in the development of CD. Moreover, individuals with non-classical CD develop secondary health problems, like anemia and chronic fatigue, without having any of the typical digestive symptoms, making it difficult to diagnose CD solely based on symptoms.

The gluten-free movement was spurred on by a study lead by an Australian group in 2011, stating that gluten causes digestive problems, even in people without celiac disease. Yet two years later, the same group failed to duplicate these results. However, the damage was already done; in Australia for every person diagnosed with CD, 20 additional people were following a gluten-free diet. In the US, retail sales from gluten-free products are predicted to reach 23.9 billion US dollars by 2020 – a massive 6-fold increase from the 3.8 billion dollars in 2011.

While eliminating gluten from your diet has no obvious drawbacks, undiagnosed celiac disease can be dangerous, because even small amounts of gluten can cause severe intestinal damage, leading to life threatening conditions. If you think you might be sensitive to gluten, a proper diagnosis of celiac disease, especially if it runs in your family, just might save your life.