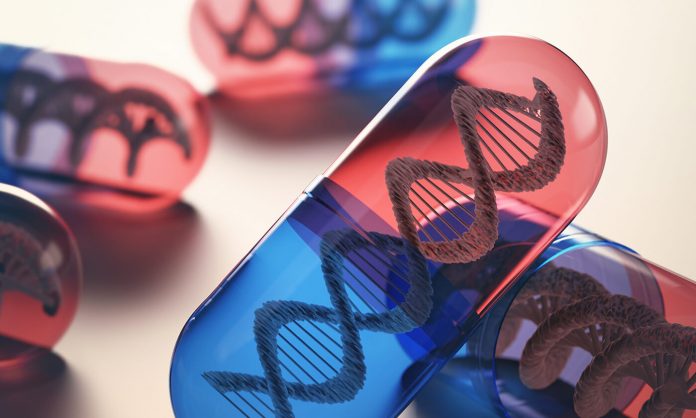 In a first of its kind trial, scientists deliver CRISPR-Cas9 gene therapy directly into the eye of a patient with hereditary blindness.

CRISPR, which stands for “clustered regularly interspaced short palindromic repeats”, is a gene editing technology that was adapted from a naturally occurring defense system used by bacteria. CRISPR became the go-to technique for gene editing around 2013 and has since been making great strides in advancing gene editing.

Genetic diseases result from defective genes (mutations) that are passed from parents to their children. Many of us are already familiar with some of these inherited diseases, which include hemochromatosis, Huntington’s disease, sickle cell anemia, and cystic fibrosis.

The BRILLIANCE clinical trial we are highlighting here involves an eye disease called Leber’s congenital amaurosis 10 (LCA10), which affects the specialized cells at the back of the eye (retina) that detect light and color. It is one of the leading causes of blindness in childhood and has no known cure.

One of the most common DNA mutations associated with LCA10 is found in a gene called CEP290. In cells with this mutation, the CEP290 protein is produced at very low levels. Functional CEP290 protein is necessary for the normal development and function of the essential hair-like structures found in the light-sensing cells of the retina.

Dosing CRISPR directly into the eye

This trial is a huge step forward in terms of using CRISPR-Cas9 for gene editing because it will be the first time this editing technique will be introduced directly into a human body.

Previously, CRISPR-Cas9 has only been used to edit the genomes of cells that were first removed from the patient. In this clinical trial, the components necessary for gene editing will be directly injected into the eye near the photoreceptor cells with defective CEP290.

The hope is that the mutation, which inactivates the CEP290 protein, will be “corrected” to reactivate the photoreceptor cells in the retina, resulting in improved vision.

Clinical trials examine new treatment options in humans to gather data on the safety and effectiveness of these new therapies. Phase I/II clinical trials often use a small number of participants where the therapy is tested. If these studies prove to be effective, the trial will move on to phase III and include a larger group of participants.

The BRILLIANCE trial will initially involve 18 patients with LCA10. Its purpose is to examine the safety, tolerability, and efficacy of using a CRISPR therapeutic called AGN-151587 (aka EDIT-101) developed by Editas Medicine. A single dose of the gene therapy will be injected directly into the eye of the patient and the patient will be monitored for improvements in vision.

Last week marked the first milestone of the BRILLIANCE trial when the first patient was treated with EDIT-101 at the Casey Eye Institute at Oregon Health and Science University. Researchers predict the likelihood of EDIT-101 having positive outcomes will be pretty high based on early results from another type of therapy that has already been used to treat individuals with LCA10.

As we wait for the results from this first of its kind trial, it is impossible to not look at the future and imagine the impact CRISPR gene editing can have on many other genetic diseases.

Previous articleHunting for DNA stories at natural history museums
Next articleWould a DNA vaccine be able to stand ground against COVID-19?