Do you have a family history of depression? You may have the “grouchy” gene, linked to altered serotonin levels and an increased risk of anxiety and depression. Find out with this DNA test.

• Tests the 5-HTTLPR variant of the SLC64A gene
• People with the “grouchy” gene have an increased risk of sad feelings, depression and anxiety
• The “grouchy” gene may decrease your response to antidepressants
• 100% private and confidential online results

Serotonin is a neurotransmitter in the brain that gives us feelings of pleasure and well-being. When serotonin is released from cells in the brain (neurons), it sends out signals to be happy and content.

The serotonin transporter moves serotonin from the synaptic cleft into the presynaptic neuron, allowing serotonin recycling in a sodium-dependent manner. It is also important for maintaining functional neural circuits that connect the amygdala and the cingulate regions of the brain.

People with the “grouchy” gene produce lower levels of the serotonin transporter, and have smaller amygdala and cingulate regions – two brain regions involved in emotional responses.

These changes result in an increased likelihood of anxiety and depression in people with one or more copies of the “grouchy” gene. It may also reduce the response to commonly used selective serotonin reuptake inhibitors (SSRI antidepressants).

A simple mouth swab is all you need to find out if you have the “grouchy” gene. 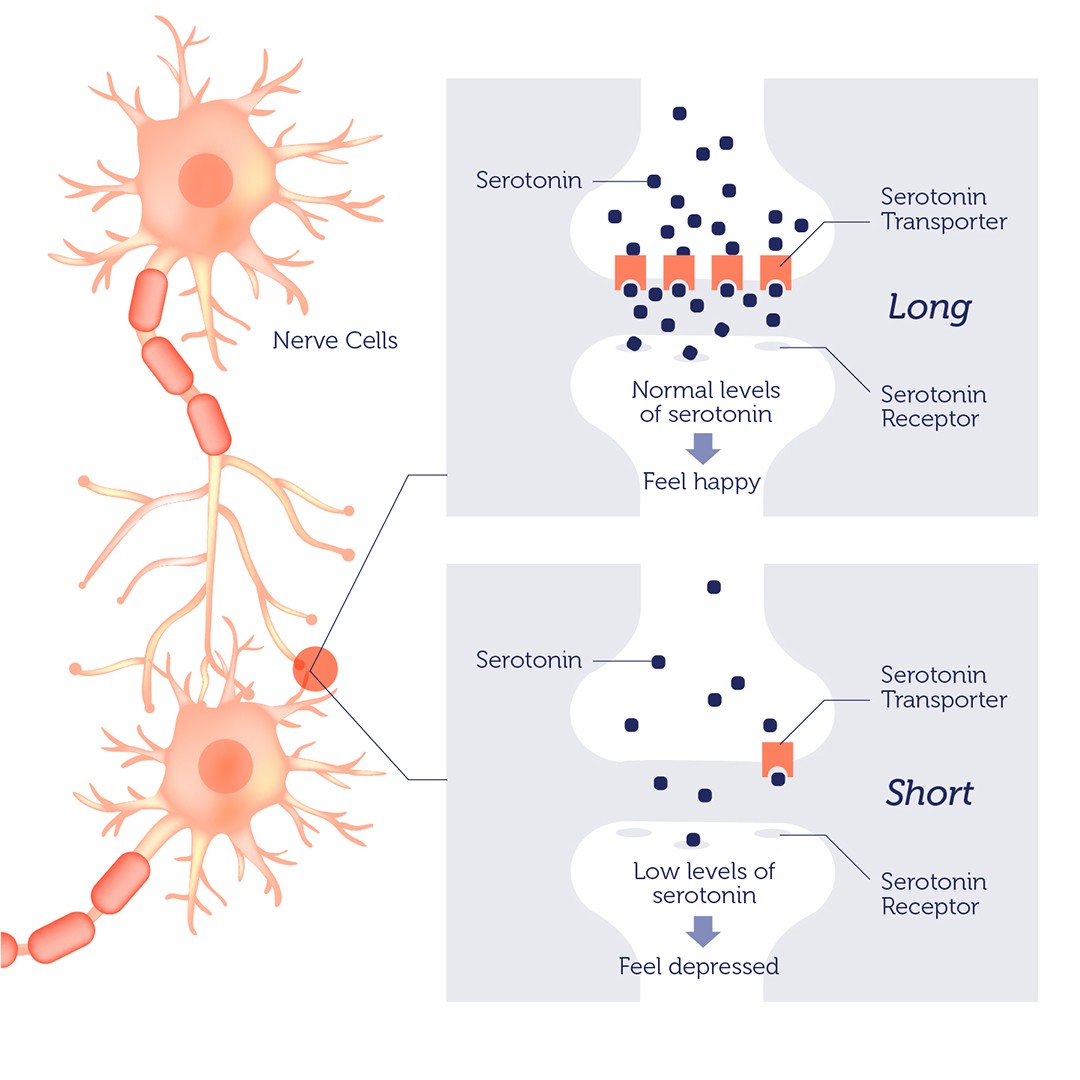 This DNA test determines the length of the 5-HTTLPR region of the SLC64A gene. It distinguishes between the short (S) or “grouchy” form and the long (L) form of the gene.

The SLC6A4 gene is located on chromosome 17. We inherit two copies of this gene – one from each parent. Inheriting one or two copies of the short (“grouchy”) form is linked to an increased risk of depression.

Selective serotonin reuptake inhibitors (SSRIs) are antidepressants that are commonly used as first-line treatment of depression. Examples include Prozac, Zoloft and Paxil. However, 30-40% of affected people do not appear to benefit as well from these treatments.

The “grouchy” version of the SLC6A4 gene may explain some of this variation, as it is associated with a decreased response to SSRIs.

The molecular target of SSRIs is the 5-HTT serotonin transporter protein. People with the “grouchy” gene produce lower levels of this protein, therefore, they have a lower number of SSRI targets, which affects the efficacy of these commonly prescribed antidepressants.

Alternative antidepressants may be recommended for patients carrying the “grouchy” gene. 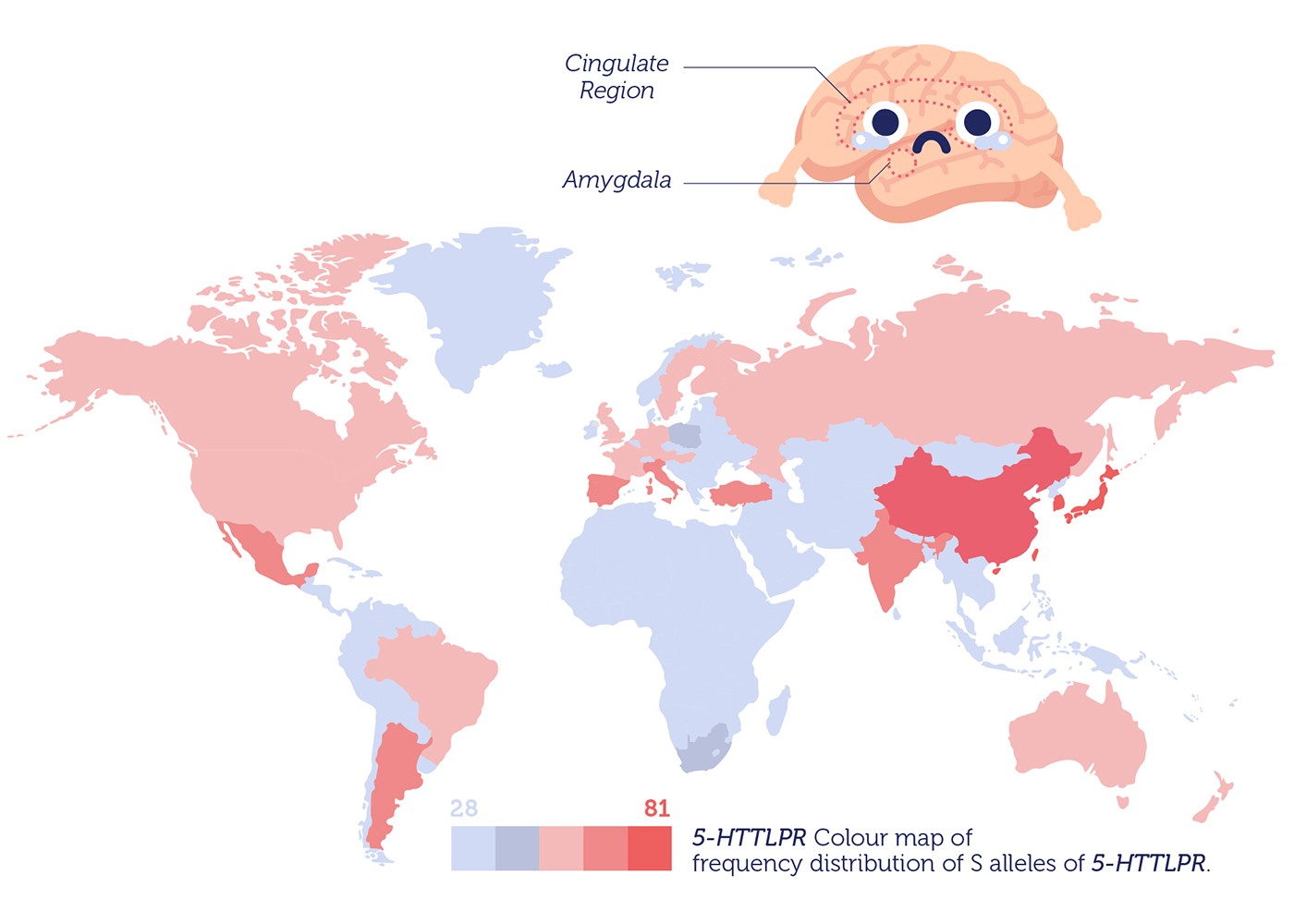