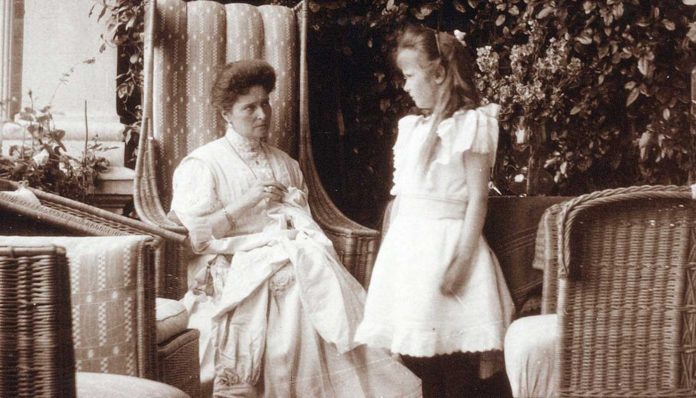 Anna Anderson Manahan was one of the most famous imposters of the Grand Duchess Anastasia of Russia. Anastasia was a daughter of Tsar Nicholas II – the last Emperor (or Tsar) of Russia. Tsar Nicholas II and his family (the Romanov family) were executed in 1918 and their bodies were secretly buried at an unknown location. However, there was always speculation that not all the family members were killed. Since 1918, over 200 people have claimed to be a member of the Romanov family, and each insisted that they had escaped the execution and fled from Russia. The most famous imposter was a Polish peasant, known as Anna Anderson.

In 1991, nine human skeletons were discovered in a shallow grave near Ekaterinburg, Russia. DNA analyses of these remains confirmed that five of the skeletons are members of the Romanov family, and the remaining four are assumed to be the family doctor and three servants. Two Romanov skeletons were not found in this grave – Alexei and one of the daughters – so there was still speculation that they had managed to escape the execution. However, initial DNA analyses confirmed that Anna Anderson was not one of the Romanovs. In 2007, the remains of the last two members of the Romanov family were discovered, and their identities were confirmed by DNA analyses. So now that all members of this famous family have been accounted for, who really was Anna Anderson?

In the 1920s, the Grand Duke of Hesse (uncle of the Romanov children) hired a private detective in a bid to verify the identity of Anna Anderson. This detective proposed that Anna Anderson was actually Franzisca Schanzkowska, and not, as she claimed to be, Anastasia Romanov. Franzisca was born around 1896 in the north of Germany, near the Polish border. During World War I, she was badly injured and was later admitted to two different mental hospitals, until she disappeared in 1920. Franzisca’s disappearance coincided with the time that Anna Anderson first claimed that she was the missing Anastasia Romanov. In the 1920s, there was no way to confirm the hypothesis that Anna Anderson and Franzisca were the same person. However, modern genetic analysis techniques now provide that opportunity.

What DNA analyses were undertaken to identify Anna Anderson?

If Anna Anderson were truly Franzisca Schanzkowska, she would share the same mitochondrial DNA (mtDNA) profile as maternal relatives of Franzisca. This is because mtDNA is passed down from mother to child along the direct maternal lineage, so that all individuals who have descended from the same maternal lineage are expected to have exactly the same or very similar mtDNA profiles. A maternal relative of Franzisca’s was identified and he agreed to provide a blood sample for DNA comparisons. This relative, Carl Maucher, is a great nephew of Franzisca’s, through the maternal line. The mtDNA profile of Anna Anderson’s was determined from a tissue sample collected during surgery in 1979. This mtDNA profile was a match to the mtDNA profile obtained from Carl Maucher, indicating that they share a common maternal ancestor.

The original genetic analyses from Anna Anderson were enough to confirm that she was not Anastasia Romanov (or any of the Romanov daughters). These subsequent analyses have now provided strong evidence that Franzisca Schanzkowska and Anna Anderson were the same person. We may never know the reasons Schanzkowska claimed to be a Romanov, but it is possible that her mental illness actually led her to believe that she truly was a Grand Duchess.

The DNA tests conducted in this study have defined the mtDNA profile of Anna Anderson – one of the world’s most famous imposters. If you have taken the mtDNA HVR1 (Standard Maternal Ancestry) test, you can compare your mtDNA against this imposter to see if you may have descended from the same maternal lineage.

Previous articleCompare Your DNA to Ötzi the Iceman – a 5000 year old mummy
Next articleWas Jesse James Really Murdered by his own Gang?